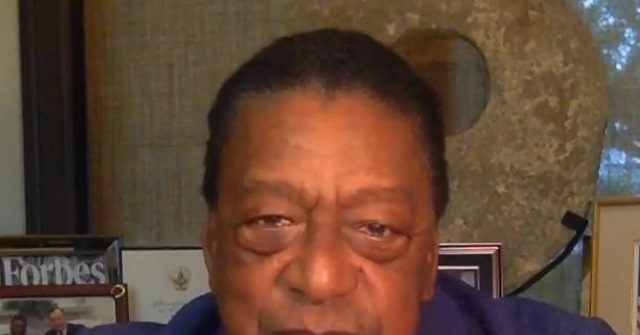 According to Johnson, the cash sum could be viewed as an investment in the black community and would pay off in the long run.

“Well, Bret, as in always, the people who pay for revenue investments that this country needs are us, the taxpayers. And the taxpayers will pay for this, because for two reasons, particularly. One, it is an atonement for 200-plus years of slavery, desegregation — I mean, segregation, Jim Crowism, and a denial of equal opportunity rights. But the result of that payment would be to bring African-Americans equal to white Americans in terms of opportunity, wealth and income.”

“So, instead of looking at it as a payment, look at it as an investment in 40 million African-Americans, who deserve equal treatment and equal opportunity,” Johnson continued. “And much of that investment, as if you were looking at any other kind of investment, will come back to this country in the form of African-Americans taking the responsibility to build their communities, to build their families, to become successful business people and entrepreneurs, to pay taxes to contribute to the society, as they have done always, even without this form of compensation.”