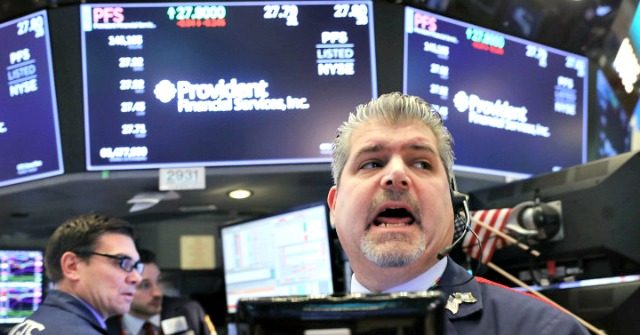 Asked by Breitbart News about his plan to wipe out student loan debts and what he would say to students who paid for college or decided not to go, Sanders did not address the specific question but said Wall Street would pay for free tuition at public colleges and universities.

“Well what I’d say is that we’re paying for this program which would make all public colleges and universities and HBCUs tuition-free and cancel all student debt. We do this by a tax on Wall Street speculation,” he said.

“And I think 11 years ago we bailed out the crooks on Wall Street, it’s appropriate for Wall Street now to help all the working families in this country,” he said.

Sanders in July said he would cancel all of the nearly $1.6 trillion of existing student loan debt owed by roughly 45 million Americans as a bailout for millennials and the working class, according to Politico.

Sanders’ higher education plan — canceling debt and free college — would cost $2.2 trillion. His campaign said the tax on Wall Street speculation would generate more than $2.4 trillion over the next decade.

Some moderate Democrats have criticized that proposal, arguing that it would burden the wealthy and middle-class to help the working class, or that it would raise the national debt, which is currently $23 trillion.

Before the debate, President Trump’s reelection campaign flew a plane with a banner that read: “Socialism Will Kill Houston’s Economy. Vote Trump 2020!”