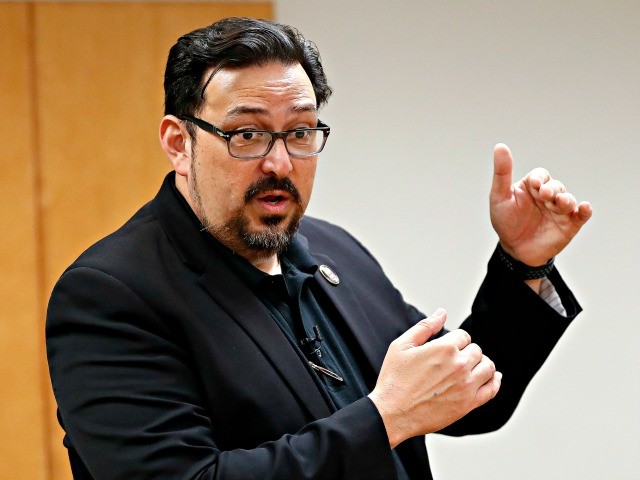 The man in charge of overseeing the recording of ballots in Arizona’s largest county, Maricopa, as ballots are being counted in the very tight Senate race, is facing heat over his very public support of leftist politicians.

Adrian Fontes is the Maricopa County Recorder. Maricopa is the county with by far the greatest number of votes in the state. While McSally had been leading in the Arizona Senate election, on Thursday night that flipped in favor of Democrat Sinema. As of Friday Maricopa, where Sinema led McSally by just over 27,000 votes, still had not counted every ballot. Statewide, Sinema led McSally by just over 8,000 votes.

The Arizona Republican parties for Yuma, Navajo, and Apache counties on Wednesday sued all Arizona County recorders and the Secretary of State over the method for verifying signatures on mail-in ballots dropped at polling locations on election day, according to the Arizona Republic.

Fontes is among recorders who believe it is acceptable, when signatures do not match, to contact voters after election day in order to verify he or she was the signatory on a ballot. The outlet reported that the lawsuit alleges contacting voters after the election is not permitted in Arizona.

Early in the 2016 election cycle, Fontes supported democratic socialist Bernie Sanders for president and in November 2016 spoke on a stage ahead of Sanders at a rally for Democratic nominee Hillary Clinton. The Phoenix New Times reported Fontes was a nominee for his current recorder position at the time. Fontes made three contributions to Bernie 2016 in March 2016. He also donated to Democrat congressman Ruben Gallego’s campaign in 2014.

Fontes downplayed reports of technology issues, printer failure, and confusion at Maricopa County polling locations on election day, according to the Republic.