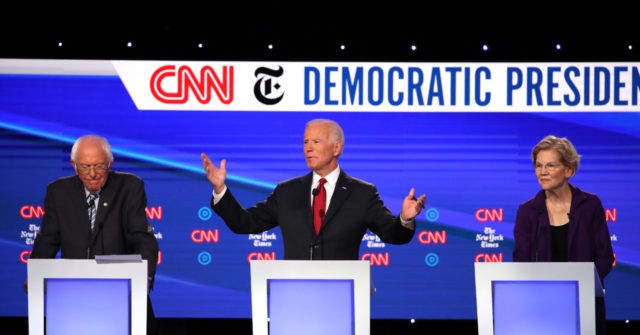 Biden argued that he was the “only” candidate that worked in the Senate and as Vice President to get things done, which set Sanders up for the attack.

Joe, you talked about working with Republicans and getting things done. But you know what you also got done, and I say this as a good friend. You got the disastrous war in Iraq done. You got a bankruptcy bill which is hurting middle-class families all over this country. You got trade agreements like NAFTA and PNTR with China done, which have cost us four million jobs.

The moment came toward the end of the debate when both Sanders and Sen. Elizabeth Warren tag-teamed Biden, as they were placed on either side of the former vice president.

Biden accused Warren of being vague about how to pay for the Medicare-for-All bill.