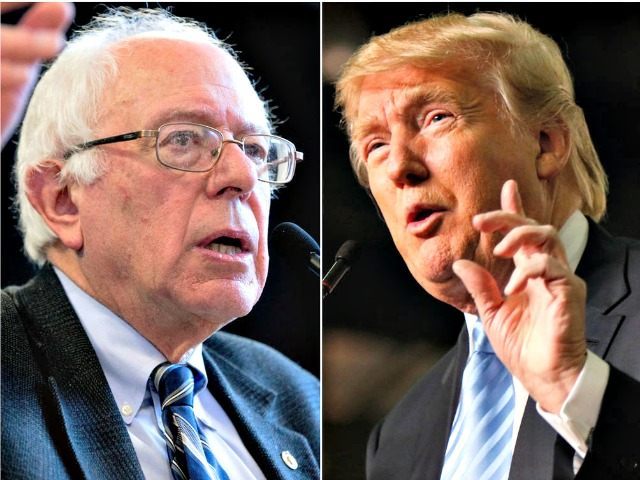 Senator Bernie Sanders reacted to President Donald Trump’s address to the nation on the southern border Tuesday night by claiming the president is “creating an artificial crisis,” and the “biggest crisis of all” may be climate change.

Sen. Sanders said the president is right to claim the United States faces a national emergency, except that the emergency, according to Sanders, is “an emergency and a crisis that [Trump] himself created.”

Sanders began by blaming the government shutdown on “an assortment of right-wing ideologues,” referring to the border wall as a waste of money. The senator added border security can be implemented in another way, but did not give any specific examples.

“It is inhumane that tiny children at the border have been torn away from their parents,” continued Sanders, who also suggested that Deferred Action for Childhood Arrivals (DACA) recipients were additional victims of the president.

The senator added that it is “heartbreaking” that nearly “11 million undocumented people” worry about whether or not they will be deported and “separated from their loved ones.”

During Sanders’ response to President Trump, the senator did not, however, mention officer Ronil Singh, who was fatally shot by an illegal alien one day after Christmas, permanently separating him from his wife and five-month-old son.

Instead, Sanders accused the president of trying to “create fear and hatred” for speaking of such incidences, and that the real crisis was not about our southern border, but instead, about health insurance, student loan debt, and workers earning “starvation wages,” among other issues.

Sanders also claimed that “thousands die each year” due to not having health insurance, but that the “biggest crisis of all” is probably climate change.

“The scientific community has made it very clear in telling us that climate change is real and is causing devastating harm to our country and the entire planet,” concluded Sanders in his response to President Trump, adding that the entire planet will likely become “unhealthy and even uninhabitable in the not so distant future.”

The senator finished by informing the president that his address to the nation regarding border security was simply creating “artificial crises,” and that the government shutdown must end.