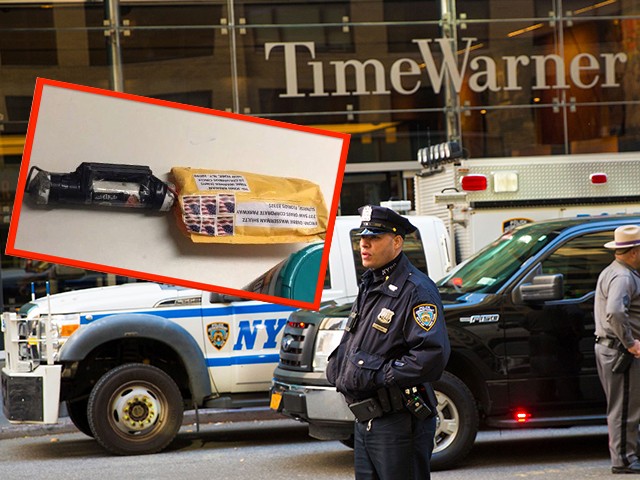 Kerik, who led the New York Police Department (NYPD) during the 9/11 terror attacks, told hosts Rebecca Mansour and Joel Pollak that mobile phone data will likely assist investigators in their pursuit of whoever committed the aforementioned crimes.

“They have a ton of evidence,” said Kerik. “The packing, the delivery method. Somebody mentioned the Unabomber today, and that it took so long to get him. For one, he sent out one device every few years. But at the end of the day, technology today, where can you go in today’s world where you’re not captured on video, somehow. It’s almost impossible. The possibility of you being captured on video, the possibility of them being able to analyze phone records from cell phones.”

Kerik explained, “I’ll give you an example of what they’re going to do. They’re going to look at the timestamps that these things went in to different postal locations. All they have to do is do a data dump on the cell sites for those postal locations, and they’ll come up with the same cell number — the ESN number that’s off a phone — at each one of the locations at the same times that these things were delivered. That’s going to put the hand of the bad guy right in their hand.”

Kerik said, “The Joint Terrorism Task Force — which really consists of FBI agents and New York City cops and detectives and New York State police and other federal agencies — they will start going through these devices; the devices themselves, the packaging, the labeling, the stamps, they’ll look for DNA, there will be a whole bunch of forensic work that’s done on the packages themselves. … Because there were so many of these and because of the way they were delivered, that’s going to lead the authorities back to the suspects of the people responsible a lot quicker. Especially in today’s world of technology.”

Kerik added, “The good news is nobody was hurt. None of these devices detonated. I don’t know if they had the ability to detonate, if they were crudely made, I don’t know.”

“I would predict, based on what I’ve seen, that the investigators will have a target in sight within two or three days,” speculated Kerik.

News media publication of images of the mail bombs and their packaging was permitted by authorities seeking tips from the public, suspected Kerik. “They have the evidence,” he said. “They know what they’re doing, what they’re looking for, and how they’re going to get there.”

Kirk warned against premature conclusions related to the motivations of the mail bomber(s).

“Whoever does something like this [is] a nut,” stated Kirk. “It’s a kook. It’s going to be a right-wing kook that is looking to harm people on the left or it’s going to be a left-wing kook that wants to put focus and attention on the right. Who knows at this point? I just think everybody should take a step back. Let the investigators do their job. They know what they’re doing. Give it some time, and deal with the facts as they come out, instead of everybody speculating and blaming and all this political rhetoric. It’s just not right.”