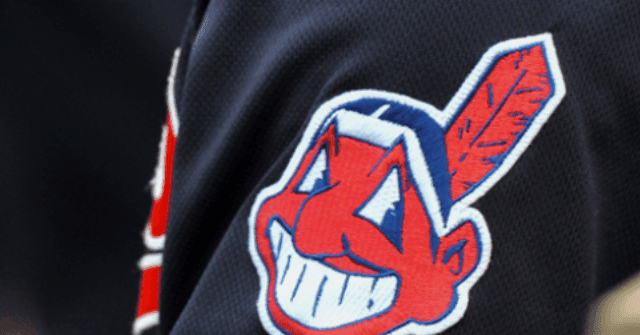 CLEVELAND (AP) — An hour before the first pitch of a series opener against Kansas City, a steady flow of fans stream into the Indians’ team shop at Progressive Field to buy new All-Star merchandise and other Cleveland gear — some bearing his unmistakable smiling face.

The Indians’ fiercely debated logo and longtime mascot — a shameful racist figure to some, source of civic joy to others — is no longer on the field, but he hasn’t completely gone away. He appears to be as visible as ever.

While Major League Baseball and the Indians mutually agreed in 2018 to completely remove him from the team’s jerseys and caps as well as banners and signage in the ballpark starting this season, when Cleveland hosts the All-Star Game for the sixth time, the red-faced, toothy caricature remains omnipresent across town.

Look on the concourses and in the seats and Wahoo is on caps, jerseys, T-shirts, hoodies, tank tops, jackets and even baby clothing. For just $10, a red foam Wahoo finger can be yours.

In some ways, he seems more popular.

“We can only hope,” said Richard Stevens of Rochester, New York, who did a little pregame shopping with sons Jesse and Zac.

“I was very sorry to see it go,” Jesse said.

Not everyone shares that view .

There are Native Americans who have fought for decades to eliminate Chief Wahoo and wish the Indians would change a nickname they feel mocks their proud culture.

“The team still doesn’t understand,” said Philip Yenyo, executive director of the American Indian Movement of Ohio. “They’re still profiting off of us by being racists.”

But unlike in 1997, when Cleveland last hosted Major League Baseball’s best players and Indians catcher Sandy Alomar became a hometown favorite with a go-ahead home run in the seventh inning while wearing a grinning Wahoo on his left shirt sleeve, the contentious symbol won’t be on display to the world Tuesday night.

Not between the lines at least.

Wahoo may no longer be a symbol on the field, but he’s still got status.

“I miss him,” said John Adams, who has given the Indians their baseball heartbeat by pounding a bass drum for the past 45 seasons from high in the outfield bleachers. “It’s an emblem that we take pride in — pride in Cleveland. And the fact that wherever you saw him, you didn’t even have to ask. People would look at Chief Wahoo, and they would go, ‘Cleveland.’ And that’s anywhere in the world.”

Adams’ stance is shared by many Clevelanders who felt MLB Commissioner Rob Manfred’s push to eliminate the contentious chief following the 2016 postseason was heavy-handed.

Manfred and Indians owner Paul Dolan agreed something needed to be done, when Wahoo’s likeness, which appeared on the All-Star logo when the game was previously held in Cleveland, led to a court battle in Canada and a glaring national spotlight in the World Series.

On the eve of Game 3 of the AL Championship Series, an indigenous group asked the Supreme Court of Justice in Toronto to block the Indians from using its nickname or Chief Wahoo on Canadian TV, arguing they were offensive and discriminatory. The court rejected the request and dismissed the case, but the sensitive situation induced the need for action.

Then, during Cleveland’s appearance in the World Series against the Chicago Cubs, Manfred went further than any previous MLB official by acknowledging the Wahoo logo was “offensive to some people, and all of us at Major League Baseball understand why.”

Manfred’s comment led to substantive discussions with Dolan and a joint announcement in January 2018 that the cartoonish figure was “no longer appropriate for on-field use.” The Indians said their decision to keep selling Wahoo gear was to protect the club from losing ownership of the trademark.

The agreement to strip Wahoo from the team’s caps and jerseys — but still allow his likeness to be manufactured and sold on merchandise — was seen by critics as a concession by the Indians, who were perhaps afraid of losing their All-Star bid by being defiant.

Both sides claimed the decision had no impact on Cleveland’s choice to host the event, but it would be hard to imagine the Indians keeping it if they had refused Manfred’s request.

There are still fans angry the Indians buckled. They feel part of their past has been stolen.

“I miss him because he was an icon,” said Kristi Upperman of Lake Milton, Ohio, sporting a blue “Wahoo True ’Til The Day I’m Through” T-shirt while waiting in a concession line. “I think the world is too sensitive. It’s not derogatory to any race or any nation or any ethnic group. It’s a baseball mascot. And I think that nowadays everybody is too sensitive and taking things a little bit too far. Everything is too politically correct and it’s driving me crazy.”

“It’s just the way society is,” said Jesse Stevens, a red-billed Wahoo cap perched on his head. “Wahoo’s still out there. But MLB forcing it out, I think is stupid.”

That kind of talk pains Yenyo.

For the past 25 years, he and other protesters have gathered on opening day outside Progressive Field, demanding the team change a logo and nickname they find demoralizing.

Yenyo said the move to take Wahoo away was a “positive step, but not enough.”

“We’re still hoping for more,” said Yenyo, adding protesters have been subjected to more hostility the past two years. “People feel like we’ve taken away part of their childhood, part of their memories. But if your memories are wrapped around a racist symbol, what kind of memories are those?”

An Indians spokesman said the organization is not considering a change of the team’s nickname.

There will not be any protests during All-Star events next week because Yenyo and others in his movement will be out of town taking part in various American Indian ceremonies across the country.

One day, he hopes to meet Manfred, who he said hasn’t returned any calls or emails.

“I just hope I could sit down with him and talk about this like adults,” he said. “We can resolve this.”