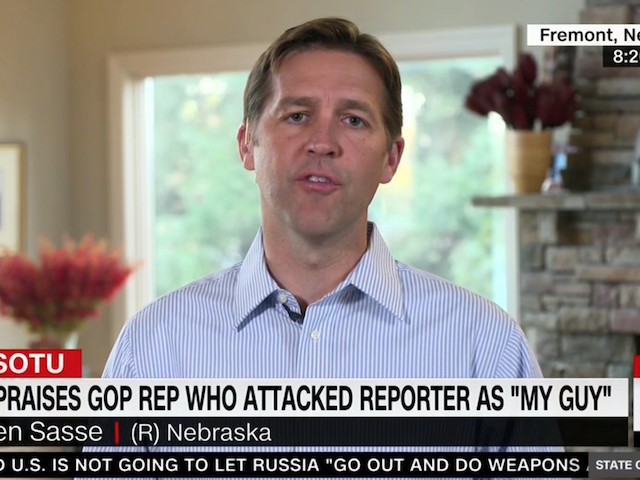 Sunday on CNN’s “State of the Union,” Sen. Ben Sasse (R-NE) said President Donald Trump’s compliment of Rep. Greg Gianforte (R-MT) for assaulting a reporter last May was “not OK.”

Sasse said, “I believe the First Amendment is the beating heart of the American experiment. We need to have a president who celebrates the First Amendment and not pretends that beating up a reporter is OK. What you hear from Nebraskans who also tune out most of the rallies is that there’s a short-term, long-term thing going on and feel that the president’s rhetoric is short-term playful. I don’t think it’s OK, but I think most people tune most of it out.”