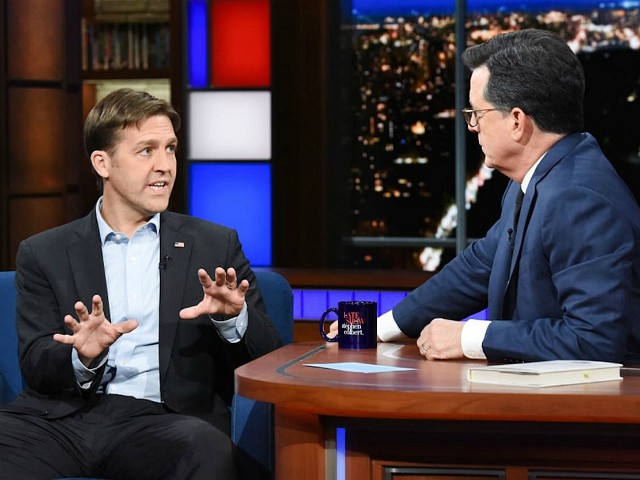 The Washington Post reported Monday that Trump sent hundreds of emails from a personal email address that she shared with her husband and senior White House advisor Jared Kushner.

President Donald Trump on Tuesday defended Ivanka calling concerns of possible wrongdoing “fake news,” while drawing a distinction between his daughter’s email use and Hillary Clinton’s private email use. “There was no deleting like Hillary Clinton did,” President Trump told reporters before departing to Mar-a-lago for Thanksgiving. “[Ivanka] wasn’t doing anything to hide her emails.”

“There was no servers in the basement, like Hillary Clinton had, you’re talking about all fake news,” he added.

COLBERT: You’ve got a new book here called “Them: Why We Hate Each Other and How to Heal.” Before we got to the healing, let’s talk about some of the reasons why people might be divided in this nation. Let’s talk about the news just from last night 24-hours. Ivanka Trump, it’s been discovered, was using private email server and her personal email for government business. In 2016, you called Hillary’s email a “serious matter that deserves our serious attention.” Same here?

SASSE: “Secretary Clinton was using classified information on a private server that she denied having. I don’t know what kind of email Ivanka Trump has.

COLBERT: [Clinton] also denied there was classified information on there.

SASSE: Right. That wasn’t true. So, if Ivanka Trump has classified information on a private server, it’s a big deal. I don’t know any of the details.

COLBERT: How would we find out if she did?

SASSE: We should know all that we could know.

SASSE: Well, I don’t know the particulars of this story.

COLBERT: How would you find out the particulars of this story? Perhaps with a congressional investigation?

SASSE: So, it turns out there are three branches of government. They’re supposed to check and balance one another.