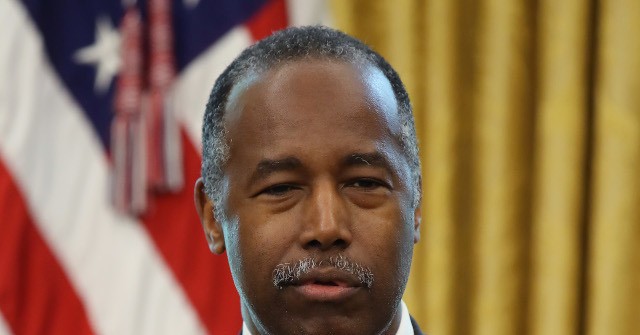 Host Laura Ingraham asked Carson about a proposal from Sen. Cory Booker (D-NJ) that would threaten local government with highway money being withheld if they resisted implementing mixed-income housing or mixed-use development as prescribed by the federal government in some neighborhoods.

“Yes, it really is,” Carson replied. “You know, the left brings everything back to identity politics. But the fact of the matter is what the president is talking about here is local control, federalism. I get to visit all kinds of communities across the country all the time. There are beautiful mixed-income, mixed-use complexes all over the place, but it’s under local control. People have an opportunity to discuss, decide where they want to put things. That’s the way the United States of America was designed.”

“Also, you know, the previous administration had a system in place that encouraged people to move to areas of opportunity and allow the money to follow them,” he continued. “Instead, this administration says, let’s bring the opportunity to the people. That’s the concept behind the opportunity zones, which are doing incredibly well. We want people to be able to have choice. They can stay where they are. They can move. But let the people be the ones who make the decisions. That doesn’t mean we are backing off of civil rights. We have a strong record in civil rights.