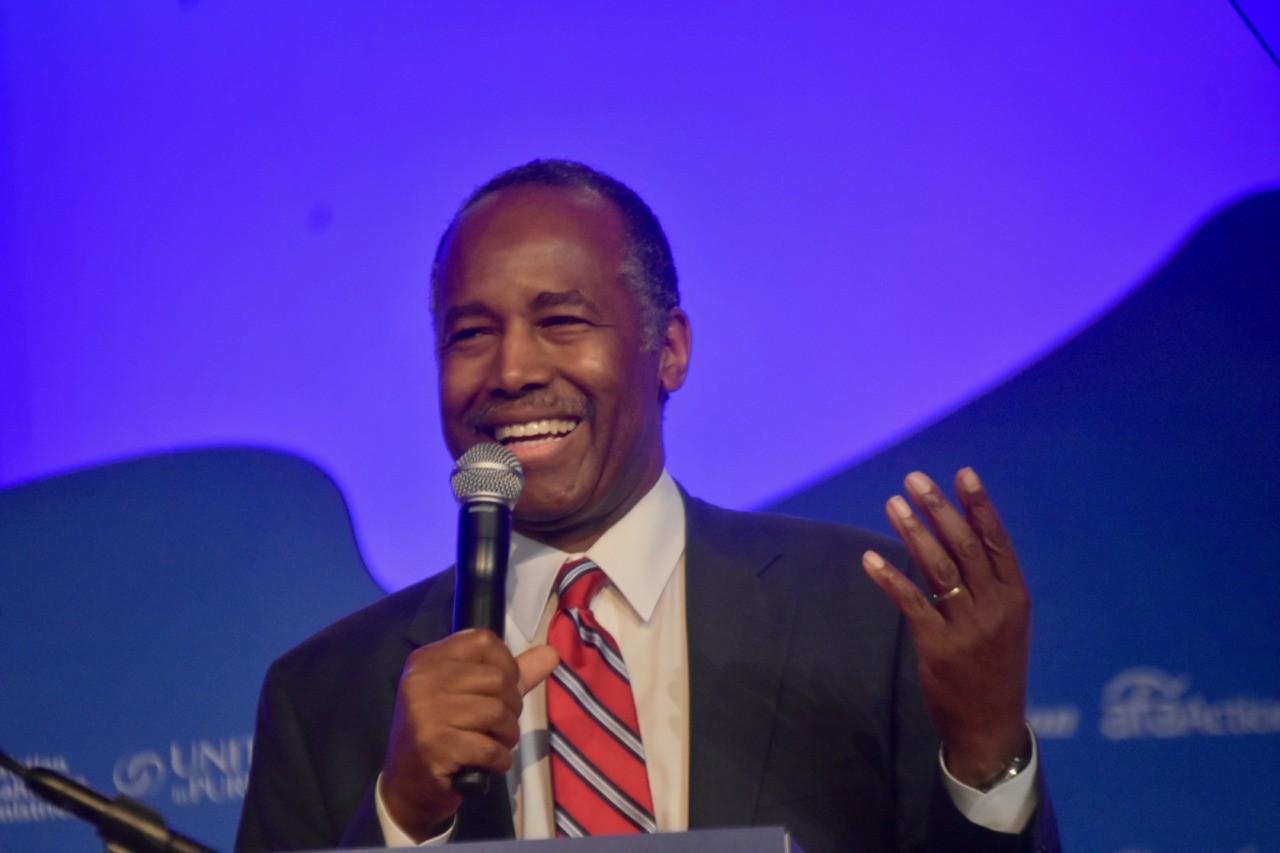 U.S. Secretary of Housing and Urban Development (HUD) Ben Carson said on Friday that the leftists have already taken control of academia and the media in the U.S. but have yet to add control of the U.S. judiciary because Americans elected Donald J. Trump as president.

“If you really understand the big picture of what’s been going on, then what’s going on with Judge Kavanaugh will make perfectly good sense to you because, you see, there have been people in this country for a very long time – go all the way back to the Fabians – who have wanted to fundamentally change this country,” Carson said at the 2018 Values Voters Summit in Washington, D.C. “They don’t like what America is and what it represents, and they want to change us to another system.”

“And in order to do that, there are three things that they must control: the educational system, the media, and the courts. OK?” Carson said. “The first two they have.”

“The courts they thought they had, and it was snatched out from under their noses in November of 2016,” Carson said.

“So, you know, they’re like wet hornets, you know, just completely lost control at that point and have gone off the deep end,” Carson said. “And the further they get away from being able to control the courts, the more desperate they become.”

“And now they don’t see themselves as being able to control the courts for another generation. So what is left?  Chaos and destruction,” Carson said.

“And, you know, it really kind of puts this all into context,” Carson said.

Carson spoke at length about his life growing up in poverty with a single mother and an American Dream that seemed out of reach. But his mother made reading a priority for him and his brother and Carson credits it for his rise to become a renowned surgeon, U.S. presidential candidate, and now a member Trump’s cabinet.

“As I started reading about scientists and explorers and real estate magnates and all kinds of business tycoons, I began to understand something, and that is that the person who has the most to do at what happens to you is you, it’s not somebody else,” Carson said. “It’s not the environment.”

“And I stopped listening to all the people around me who were saying you can’t do this and the system is stacked against you,” Carson said. “I just put that completely out of my mind and started thinking about what could be done.”

Carson also spoke about his Christian faith and encouraged people at the summit, hosted by the Family Research Council and FRC Action, to keep their religious beliefs in the public square, including voting in the midterm elections. Carson said:

We need to make it perfectly clear that it’s OK to live your life based on godly principles of loving your neighbor, of caring about your fellow man, of developing your God-given talents to the utmost so that you become valuable to the people around you, of having values and principles that govern your life. And if we’re willing to do that and not to be ashamed, and if we’re willing to stand up with courage, and if we are willing to go out and make sure that everybody in our sphere of influence understands that – and that is particularly important right now with the midterm elections coming up.

You need to talk to everybody in your sphere of influence and make sure that they understand that this is not about Democrats and Republicans; this is about people who love the America that we grew up in and that people fought and died for, and people who want to change us into something else.

“And if we live by godly principles, not only will we have a great nation, but we will have one nation under God, indivisible, with liberty and justice for all,” Carson said.