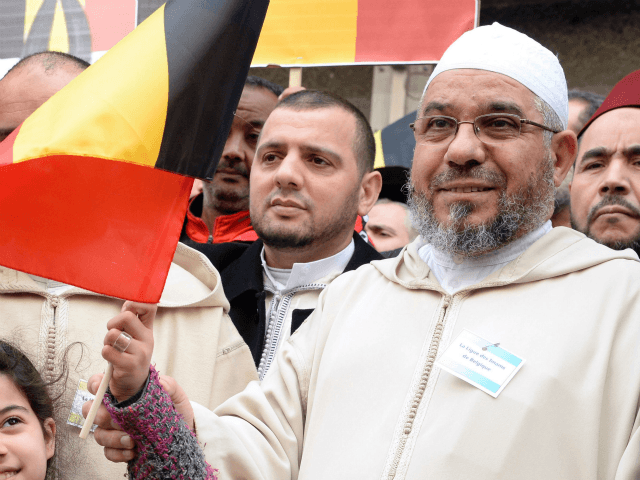 Mohamed Toujgani , tipped as a future president of the League of Imams of Belgium, has been accused of anti-Semitism after a video emerged of him calling on Allah to “burn and eviscerate” Zionists.

The Belgian League Against Anti-Semitism was alerted to the 2009 film, with president Joel Rubinfeld saying it was anti-Semitic and that the imam was using the word “Zionist” as a substitute for “Jew”, Belgian newspaper La Dernière Heure reports.

In the video, the imam is heard to say, “Lord, master of worlds, fill with fear the hearts of the Zionist oppressors,” going on to add: “Lord, fill their hearts with fear. Lord, make the earth tremble beneath their feet. Lord, make the blood of the martyrs a weapon under the feet of the Zionists oppressors, and may this blood ignite a fire that burns them and start a wind that eviscerates them. […] O Lord, tear them down.”

Toujgani serves as the imam of the el-Khalil mosque, located in the highly migrant-populated Brussels suburb of Molenbeek which has become infamous for its links to radical Islamic terrorism.

2015 Paris Bataclan massacre terrorist Salah Abdeslam hid in the suburb for months from police following the bloody attack that saw 130 killed along with 7 terrorists.

The video is a stark contrast to the public persona of Toujgani, who has spoken repeatedly against jihadism and been a public advocate of tolerance.

The comments are just the latest inflammatory remarks from an imam in Europe and follow those of Copenhagen imam Mundhir Abdallah, of the Masjid Al-Faruq mosque, who said last July: “The final solution to the problem of the Levant – after the establishment of the Caliphate and the elimination of the Jewish entity – will be through the conquest of Europe.”

More recently in Canada, imam Younus Kathrada caused controversy after declaring that the celebration of Christmas by Muslims was worse than adultery, lying, and murder.