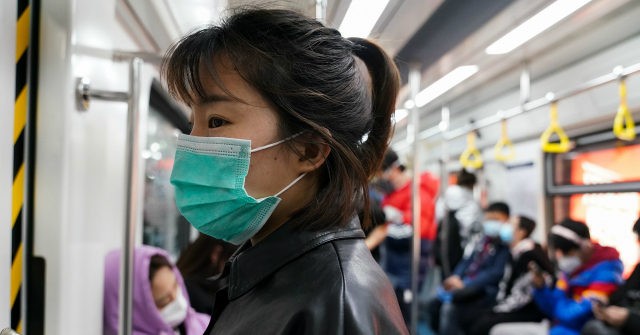 After months of insisting they had the coronavirus pandemic completely under control, Chinese authorities on Tuesday admitted the outbreak in Beijing is “very grim.”

Orders were given to lock down at least 29 communities and restrict travel from the city.

“Nine out of 11 districts in Beijing have reported confirmed cases, of which Fengtai district is the most stricken area,” China’s state-run Global Times reported on Tuesday.

“We need to strengthen the bottom line thinking and make an all-out fight, taking epidemic prevention and control as the most important and urgent task at present … and taking the most determined, decisive and strict measures to contain the epidemic,” said city officials as they rolled out citywide inspections, lockdowns, and restrictions on “high risk” people leaving Beijing.

The Global Times reported that “taxis and car-hailing vehicles” are now banned from leaving the city, other cities are warning residents not to visit Beijing, people returning from trips to Beijing are being held under mandatory quarantine orders, and thousands of coronavirus tests are being administered to residents of the Chinese capital city.

On Tuesday morning, the Beijing Capital International Airport and Beijing Daxing Airport announced the suspension of “inter-provincial flight services” – but nothing was said about international flights. On Tuesday afternoon, all of Beijing’s schools were shut down.

Another Global Times article on Monday fretted that Beijing’s outbreak “may be more infections than the Wuhan one,” based on comments by Chinese virologist Yang Zhanqiu. Yang said the growth of infections in Beijing is closely mirroring the admitted growth of infections in Wuhan over the same span of time, which is especially troubling because the explosive growth of the Wuhan epidemic was attributed to cold winter weather, while it is currently warm in Beijing.

The true purpose of this article was to introduce speculation that Beijing is suffering from a new strain of the coronavirus that was “brought into” China from Europe, so the Chinese Communist Party (CCP) is a blameless victim of everything that is transpiring. The foreign origins of the Beijing virus were also advanced as the reason China cannot control the new outbreak as quickly as it supposedly killed off the Wuhan coronavirus.

The Global Times sought to blunt Yang’s gloomy, but politically useful, prognosis for Beijing by running another op-ed that confidently stated “Beijing is not Wuhan 2.0,” and there is absolutely zero chance of a new epidemic rippling across China and wiping out its economic recovery:

Beijing has accumulated anti-virus experience in the past few months. It also experienced fighting SARS 17 years ago. So it reacted fast this time and carried out preventive measures across key areas. We believe the virus will not spread wildly as in the early stage in Wuhan. As prevention and control mechanisms in the country are functioning, there is zero possibility that the epidemic in Beijing will spread to other parts of the country in large scale.

Be it Beijing residents or those from the rest of the country, they must remain calm as they cooperate in this latest anti-virus fight. Such calmness matters a lot to the country’s economic recovery. We must accept the reality that the epidemic will repeatedly occur in China, and what we should do is fight the virus in a scientific way while letting other important agenda not get affected by it.

Chinese society is much more sensitive toward the epidemic than Western societies. This has injected positive momentum. But we must be aware that when things are overdone, they will have a negative effect. When the anti-virus fight becomes a protracted battle, it must go hand in hand with other social agenda. We should try to balance the development of each agenda.

This Global Times sneered that “European societies don’t care much about the pandemic” and urged the Chinese people to batten down their hatches against waves of coronavirus rolling back into China from that careless outside world, precisely inverting the legitimate concerns of the rest of the world that China will keep unleashing pandemics and allowing Communist Party politics to hinder global response efforts, as was the case with the Wuhan outbreak.

“The Chinese people need to stay calm, while officials shouldn’t be concerned about being held accountable if new infections appear. China should be more mature after each stage of the battle against the epidemic. Beijing has acted quickly and properly in handling the latest outbreak. We hope this case could be a lesson for China in facing the normalcy of the virus fight and precise prevention,” the editorial asserted.

According to the World Health Organization (W.H.O.) on Monday, Beijing has at least 100 confirmed cases in its new outbreak, with no deaths reported so far. W.H.O. expressed concerns that Beijing’s size, importance, and heavy travel connections to other Chinese cities and the outside world make its outbreak a matter of international concern.

The Hong Kong Free Press (HKFP) on Tuesday counted 106 cases in Beijing and 30 community lockdowns, quoting a city spokesman who described the situation as “extremely severe,” although they insisted the outbreak “will probably be controlled quite quickly” because China is “doing a better job compared to overseas” at handling the coronavirus.

“The National Health Commission also reported four new domestic infections in Hebei province, which surrounds the capital, and a case reported in Sichuan province was linked to the Beijing cluster,” the HKFP added.