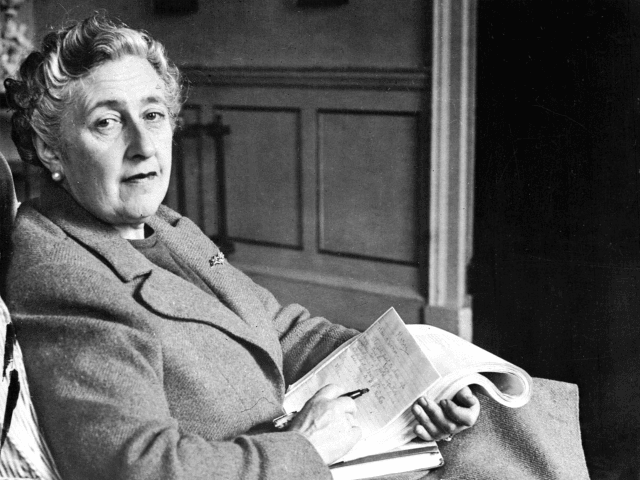 The BBC are reinventing Agatha Christie’s Hercule Poirot story The ABC Murders as a morality tale comparing Brexit to the rise of fascism.

Showrunner Sarah Phelps, previously a writer for the long-running EastEnders soap opera, will shift the story from 1935 to 1933 for her three-part Christmas drama, and “bring Brexit into the mix, inviting audiences to draw parallels between the rise of fascism in 1930s Britain and the state of the nation today,” according to the Telegraph.

“Hercule wasn’t born in Britain but made Britain his home during the First World War. In the 1930s, things were very much like they are now. The British Union of Fascists started to gain real traction in a really shocking way that people perhaps don’t know about,” Phelps suggested.

“Economically everything falls apart, with divisions sown and people looking for a scapegoat. Having been this celebrated Belgian detective, suddenly, being from another country is not a good thing to be. It taps into now. It’s genuinely chilling how similar it is.”

The comparison of well over 17 million Leave voters — the largest voting bloc in the United Kingdom’s history — to Sir Oswald Mosley’s blackshirts in unlikely to go down well, given a general feeling that the publicly-funded broadcaster is heavily biased against Brexit, thought to be particularly virulent in its entertainment and “comedy” output, but also in its news and current affairs programming, with Brexiteer guests typically outnumbered by two, three, or even four to one.

Interestingly, the British Union of Fascists leaders would likely have found himself on the same side of the debate as Anna Soubry, Dominic Grieve, and Tony Blair during the EU referendum, having become a committed and passionate advocate of a United States of Europe in the post-war years, and arguing for a vote to remain in the European Economic Community (EEC) which preceded the European Union in 1975.