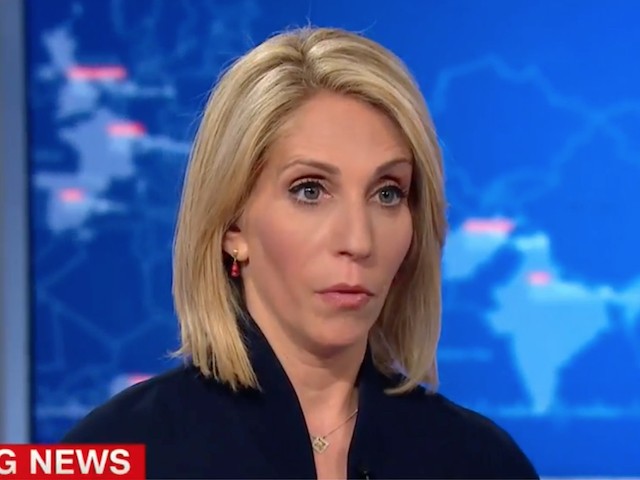 Friday on CNN’s “Inside Politics,” network political correspondent Dana Bash said President Donald Trump was “responsible for not just allowing the chant ‘CNN sucks’ at his rallies, but stoking it, making clear that he likes it.”

Bash made her comments in light of the suspect having ”CNN sucks” on his vehicle.

Bash said, “We are putting this picture up, this image of what was on that van for an extended period of time. That image, ‘CNN sucks,’ of course the president didn’t direct this. He’s not technically responsible for this, but he is responsible for not just allowing the chant ‘CNN sucks’ at his rallies, but stoking it, making clear that he likes it. And all you need is one, forgive me, crackpot. And it looks like one may have emerged.”

She added, “That is the danger. That is the reason why leadership is the way it is. You can have an enemy, you can have a political discussion and you can have discourse, but when you cross the line, it is extremely dangerous. That is what has been a giant omission in everything we have heard from anybody at the White House.”