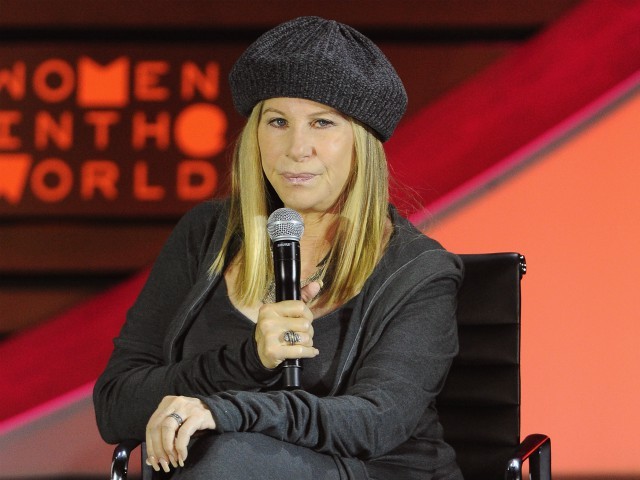 Pop icon and actress Barbra Streisand said that women who voted for President Donald Trump did so because of their husbands and said those women “don’t believe enough in their own thoughts” in a new interview.

“Imagine, women who for 40-something years have had the right to choose now perhaps won’t,” the Oscar-winner also said, referencing the confirmation of Brett Kavanaugh to the Supreme Court.

Streisand also referred to the fact that many women who voted for Donald Trump as a “terribly complex thing,” and said that “a lot of women vote the way their husbands vote; they don’t believe enough in their own thoughts.”

“Perhaps she made women feel unsuccessful,” she also said about Hillary Clinton’s 2016 campaign. “All of this was so devastating to me and I was heartbroken, so I wanted to write about it, sing about it and deliver an album. It was perfect timing, so I just did it.”

The 76-year-old crooner is currently promoting her new anti-Trump album Walls, which, as Breitbart News’ John Nolte pointed out, seems to largely be about her crying.

Last month, she revealed that she is still “numb” over the loss of Hillary Clinton.

“So, I was in tears…we walked around of kind of numb,” she said of the 2016 election. “I’m still a little bit numb because I can’t believe it happened, since, you know, Hillary got 2.9 million more votes than Trump and she’s not the president, so I don’t know.”