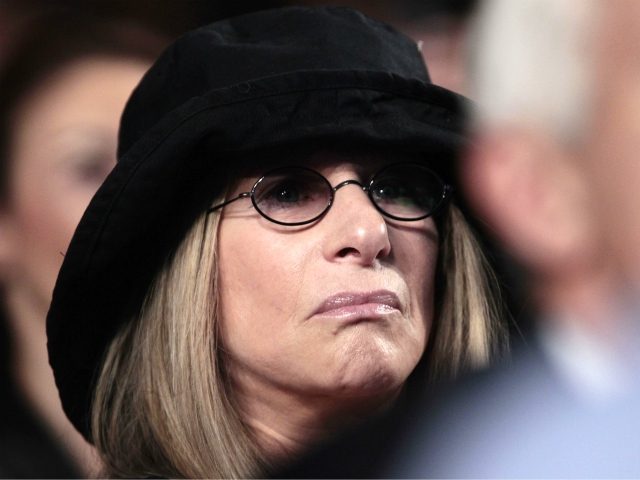 Pop icon Barbra Streisand says her latest album — timed for release just days before the midterm elections — is a “rebuke” and “well-manicured middle finger” to Donald Trump’s presidency, according to her latest interview with The Guardian.

In a lengthy interview with Emma Brockes, the 76-year-old actor-singer confirmed that although her latest album Walls does not mention Trump by name, it is intended as a “well-manicured middle finger to the 45th president of the United States.”

“You have to write lyrics that can be more than just a protest,” Barbra Streisand explained. “They have to appeal to a universal audience. Even when I wrote Don’t Lie to Me, at first I thought, well, I could make you think it’s like a love affair, a marriage breaking up. It’s a universal thought: don’t lie to me.”

Streisand goes on to explain how the album seeks to raise awareness of the “danger Trump poses to the country she loves,” before making a rallying call for people to vote for Democrat candidates in the upcoming midterm elections.

“This is what’s on my mind,” she says. “This is a dangerous time in this nation, this republic: a man who is corrupt and indecent and is assaulting our institutions. It’s really, really frightening. And I just pray that people who are compassionate and respect the truth will come out and vote.”

“I’m saying more than just vote. Vote for Democrats! Vote for what they want their country to look like and feel like and be like. And treat each other with kindness and respect — I have friends who are Republicans and we have dinner and agree to disagree.”

Barbra Streisand, who refers to President Trump as both “The Liar in Chief” and the “Groper in Chief,” has previously spoken of how writing lyrics for the song “Don’t Lie to Me,” made her “ballistic” with rage.

The song’s lyrics include:

Streisand, who was awarded the Presidential Medal of Freedom by Barack Obama in 2015, remains one of the Democratic Party’s most prominent campaigners. In June, she wrote a letter on behalf Democratic Congressional Campaign Committee (DCCC) to party supporters asking for donations towards midterm elections, accusing Trump of “kidnapping” children in exchange for border wall funding.