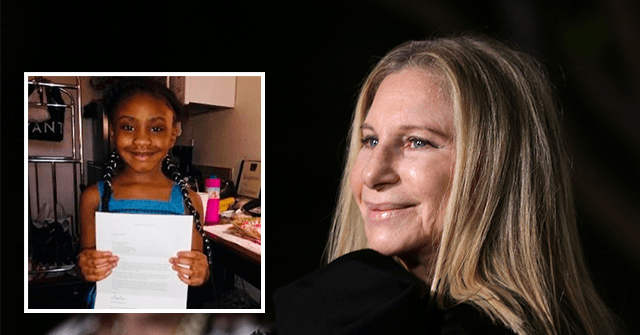 “Thank You @barbrastreisand for my package, I am now a Disney Stockholder thanks to you,” read the caption on Gianna Floyd’s Instagram post. The photo sees the young lady holding the shareholder letter and certificate. Streisand’s package to Floyd also included two of her studio albums, My Name Is Barbra and Color Me Barbra.

The Disney shares from Streisand is just the latest in a growing list of gifts for Gianna Floyd. Last week, she was granted a full-ride scholarship to Texas Southern University in Houston. In a press release, the Board of Regents of TSU said it had “approved a fund to provide a full scholarship for Floyd’s beloved daughter, Gianna … if she wishes to attend the University.”

The donations come in the wake of George Floyd’s death on May 25, after he was arrested by four Minneapolis police officers. All four officers have been charged in connection to his death.