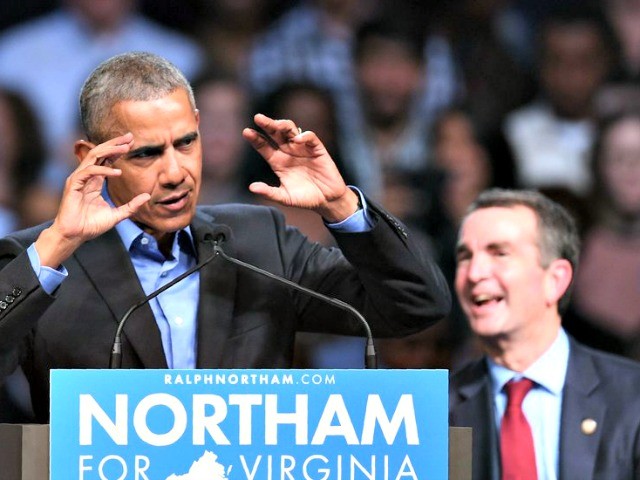 “This has gone on too long. There is nothing to debate. He must resign,” Clinton wrote on Twitter Saturday.

But Obama has stayed out of the conversation despite enthusiastically endorsing and rallying for Northam in 2017.

“I know what Ralph Northam believes. I know what Justin Fairfax believes,” the former president said during a rally in October 2017. “They’ve got plans and policies that will reflect your values and your priorities.”

Obama brought up the riot in Charlottesville during the rally with Northam, arguing that he was a more decent leader on race than his Republican opponent, Ed Gillespie.

“Ralph believes if we’re gonna talk about our history, that we should do it in a way that heals, not in a way that wounds–not a way that divides,” he said. “We shouldn’t use the most painful parts of our history just to score political points.”

Northam is reportedly meeting Monday with top advisers and other Democrats to discuss his political future.