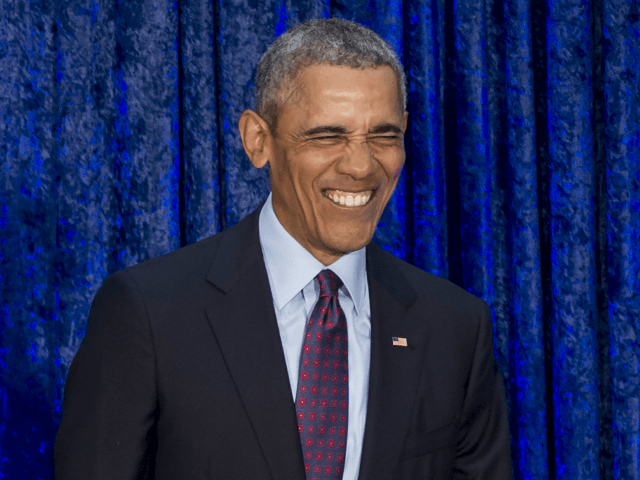 Former President Barack Obama on Friday lectured Europeans on rising nationalism across the continent and beyond while speaking before entrepreneurs in Denmark — two days after taking a swipe at the Trump administration’s environmental policy in Norway.

“I’m concerned enough about the international and American trends that I thought it was important to offer my views,” Obama, who is on a break from campaigning for Democrats ahead of the midterm elections for a series of speaking engagements around Europe, told attendees of a business forum in the central city of Kolding.

Speaking on the rise of Poland’s populist Law and Justice Party and the Orban government in Hungary, Obama issued a warning: “[T]here is a shift that has implications for all of Europe,” adding, “When a population is passive and ill-informed and not paying attention, that’s when there is the greatest danger.”

On Wednesday, Obama raised eyebrows at home after criticizing President Donald Trump’s position on climate change, citing the current administration’s move to pull out of the Paris Agreement signed in November 2016.

“Obviously, Paris Accords were an important step in the right direction, but it was only a first step and so much more work needs to be done,” the former president said before the Oslo Business Forum, later adding, “But, that requires a level of political and social commitment on the part of all of us: businesses, the non-profit sector, each of us individuals, that right now is not forthcoming. Unfortunately, we have a U.S administration that deals differently around these issues.”