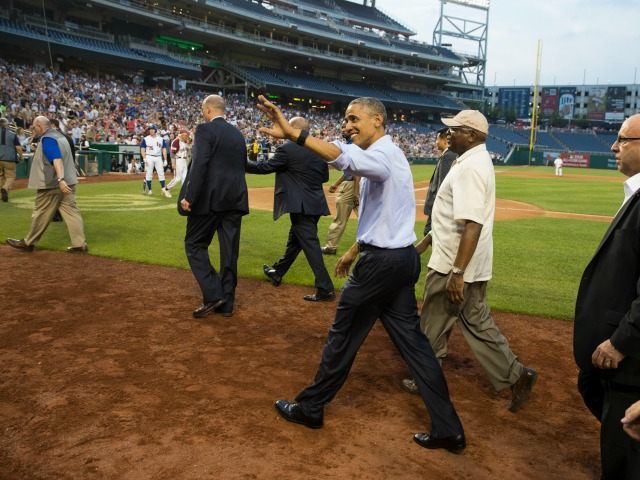 Former President Barack Obama on Saturday celebrated Major League Baseball (MLB) for its decision to move the All-Star game out of Atlanta after the Georgia legislature passed legislation on election integrity.

Obama tweeted, “Congratulations to the MLB for taking a stand on behalf of voting rights for all citizens. There’s no better way for American’s pastime to honor the great Hank Aaron, who always led by example.”

Congratulations to @MLB for taking a stand on behalf of voting rights for all citizens. There’s no better way for America’s pastime to honor the great Hank Aaron, who always led by example.

Hank Aaron, nicknamed “Hammerin’ Hank,” was a home-run-hitting baseball great who played 23 seasons in the Majors; 21 of them for the Atlanta Braves. He was also known for his outspokenness against racism in the MLB, and he broke racial barriers throughout his career.

The decision to relocate the game came after the Georgia legislature passed legislation aimed at strengthening election integrity.

MLB issued a press release announcing the move Friday. They have yet to identify where they intend to move. In their press release, they said, “Major League Baseball fundamentally supports voting rights for all Americans and opposes restrictions to the ballot box.”

“Over the last week, we have engaged in thoughtful conversations with Clubs, former and current players, the Players Association, and The Players Alliance, among others, to listen to their views,” MLB Commissioner Rob Manfred said. “I have decided that the best way to demonstrate our values as a sport is by relocating this year’s All-Star Game and MLB Draft.”