President Trump’s plan to stop the importation and permanent resettlement of welfare-dependent foreign nationals in the United States may significantly shift where legal immigrants to the country derive from.

Currently, there is an estimated record high of 44.5 million foreign-born residents living in the U.S. This is nearly quadruple the immigrant population in 2000. The vast majority of those arriving in the country every year — more than 1.5 million annually — are low-skilled, poor or working class foreign nationals.

About one in eight new arrivals are from Mexico, a country stricken by poverty and crime. Poor and crime-ridden regions of the world like the Caribbean, the Middle East, Central America, Sub-Saharan Africa, and South America have all increasingly made up a larger share of legal immigration to the U.S. in recent years.

Trump’s new plan to save American taxpayers from the burden of paying for the welfare and public benefits of legal immigrants — where foreign nationals seeking to permanently resettle in the country may have to prove they have earnings that are 250 percent above the U.S. poverty line — could potentially change the flow of immigration.

Research by the Migration Policy Institute (MPI) reveals that about 56 percent of all legal immigrants who came to the U.S. in the last five years would not be able to meet that 250 percent threshold. 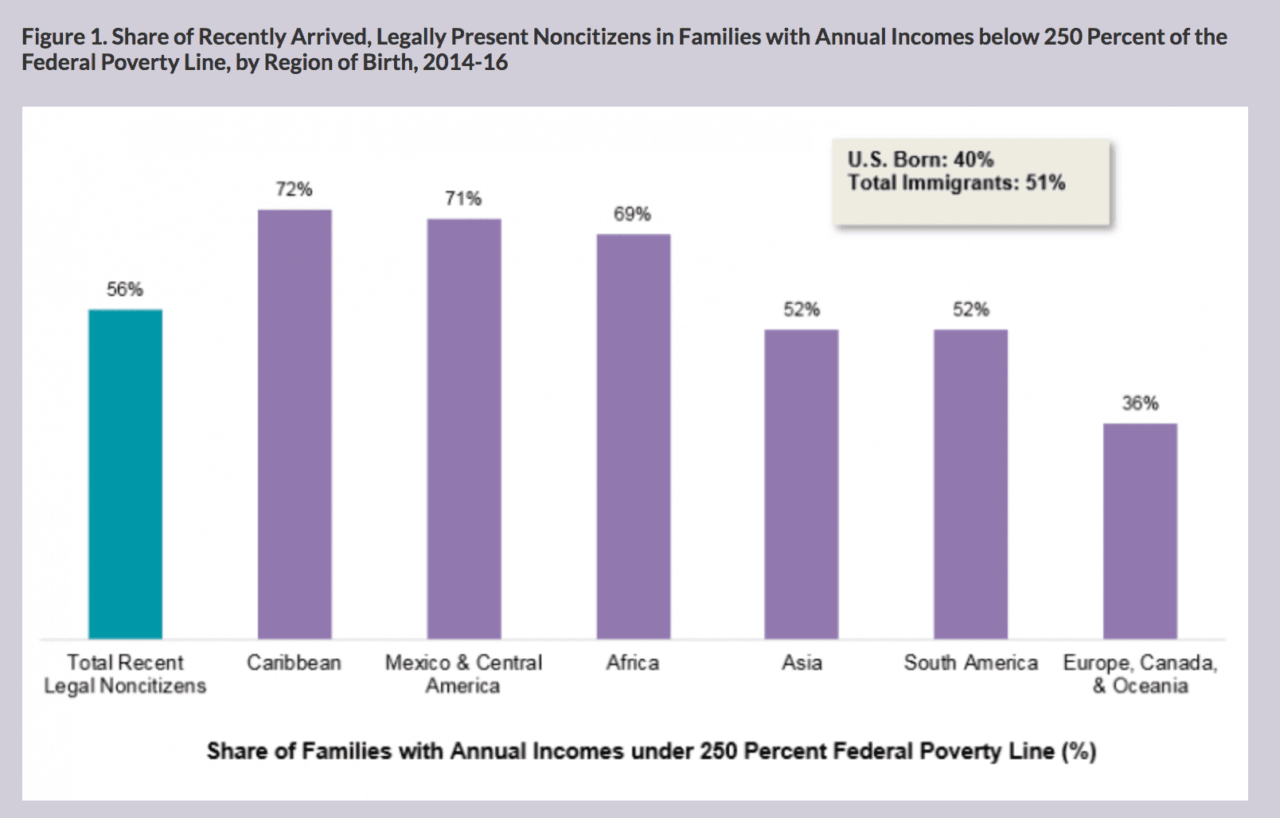 Additionally, 71 percent of newly-arrived Mexican immigrants, 71 percent of Central Americans, 69 percent of Africans, and 52 percent of Asians would not meet the standard either, weeding out much of the legal immigration arriving from these poorer regions of the world.

On the other hand, the new rule would shift legal immigration to more middle class and upper middle-class regions of the world. For example, a majority of 64 percent of newly arrived Canadian immigrants would be able to meet the 250 percent threshold.

While the new rule is likely to save American taxpayers money by removing the burden of importing poor and mostly low-skilled foreign nationals, the number of legal immigrants the U.S. imports annually — more than a million — is likely not to change dramatically.