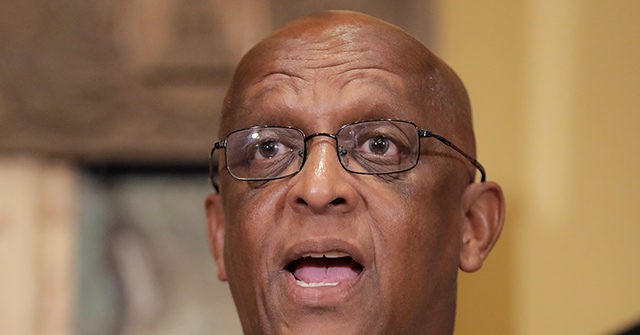 Baltimore Mayor Jack Young (D) is once again demanding President Donald Trump scrap his planned visit to the city on Memorial Day, arguing that he believes the trip is against the law, citing the city’s stay-at-home order still being in place due to the Chinese coronavirus pandemic.

“We don’t need to be spending our resources for the president who’s coming here under our orders to stay at home. I think he’s violating the law,” Young said, according to CBS News Baltimore.

The White House announced this week that President Trump and first lady Melania Trump will travel to Baltimore to visit the Fort McHenry National Monument and Historic Shrine.

President Trump said in a statement:

The City of Baltimore remains under a Stay at Home order that was put in place to help safeguard our residents from the dangers associated with COVID-19. We have worked closely with our health professionals to educate the public about the benefits of social distancing and staying home, unless leaving for an essential reason, like visiting a doctor or picking up groceries.

On Thursday, Young first called on President Trump to cancel his trip, citing health concerns stemming from the pandemic and the price tag associated with a presidential visit.

I wish that the President, as our nation’s leader, would set a positive example and not travel during this holiday weekend. I would hope that the President would change his mind and decide to remain at home. If he decides, however, to move forward with his scheduled trip to Baltimore we will, of course, be prepared for his visit.

Maryland Gov. Larry Hogan (R), who has repeatedly criticized the Trump administration, said he will not meet with the president and instead plans to celebrate his birthday with his family. He said:

We are honored that the President and the First Lady have chosen to spend  Memorial Day at Fort McHenry. Although Marylanders are encouraged not to gather in large numbers this year – now more than ever – it’s important to reflect on the American heroes who sacrificed their lives for our freedom. Monday is the governor’s birthday, and he has plans to mark the day at home with his family.