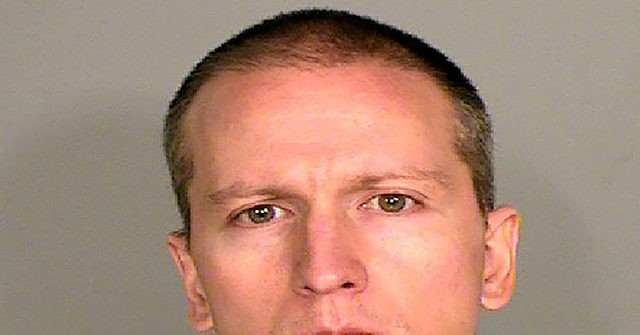 Bail has been set for former Minneapolis police officer Derek Chauvin, the man filmed with his knee on George Floyd’s neck while he was handcuffed and face down on the street and subsequently died, at $500,000, according to charging documents.

Chauvin, 44, is charged with one count of third-degree murder and one count of manslaughter. No conditions have been set for his release, which means he could be released if he can come up with the bail money.

The New York Post reported on Saturday that Chauvin has had 18 prior complaints filed against him prior to Floyd’s death. The incident has sparked protests and riots in Minneapolis and across the country.

Three other officers were also fired following Floyd’s death, but none have as yet been arrested or charged with any crime.

The Law and Crime website reported on the charging documents in the case:

According to charging documents, Chauvin pressed his knee into Floyd’s neck for eight minutes and 46 seconds.  Chauvin continued pressing for two minutes and fifty three seconds after Floyd lost consciousness.  “Police are trained that this type of restraint with a subject in a prone position is inherently dangerous,” a probable cause statement read.

You can read the “statement of probable cause,” which details what police said happened the night Floyd died, here.