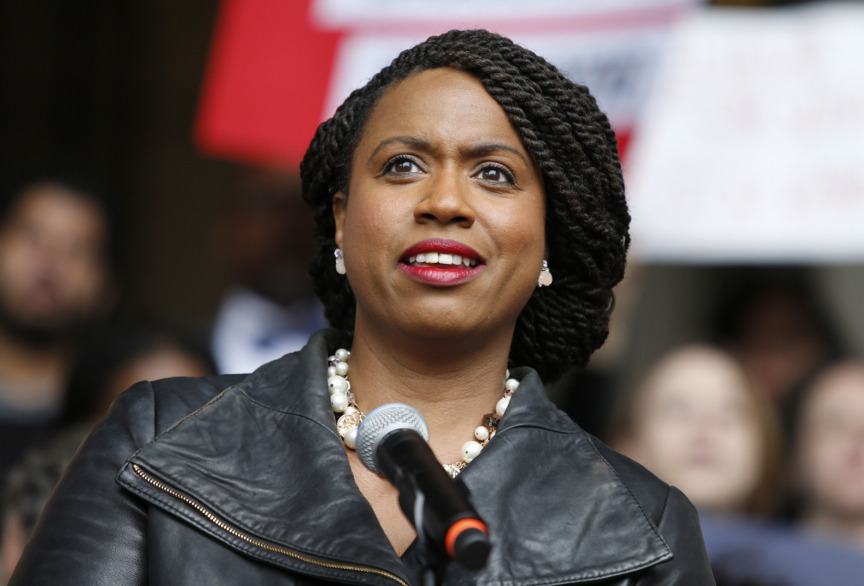 Rep. Ayanna Pressley (D-MA) used her first one-minute House floor speech on Tuesday to rip into President Donald Trump for dishonoring his oath of office, which prompted a warning from Speaker Pro Tempore G.K. Butterfield (D-NC) “to refrain from engaging in personalities toward the president.”

“I rise today in opposition to the occupant of the White House,” Pressley said on the House floor. “Mr. Trump, you took an oath just as I did five days ago, to protect and defend the Constitution and the American people. Sir, you dishonor that oath. You devalue the life of the immigrant, the worker, and the survivor. I see right through you and so do the American people.”

Pressley said she was standing in “solidarity” with the thousands of government workers working without pay and said Trump’s shutdown, which she said “has nothing to do with border security,” has “brought a tsunami of hurt.”

“Your shutdown, another Trump generated crisis, has brought a tsunami of hurt,” Pressley said. “So I rise today to lift the voices of the unheard. I rise today on behalf of the families concerned about feeding their children because their WIC benefits will run dry.”

.@RepPressley “I rise today in opposition to the occupant of the White House…I see right through you and so do the American people.” pic.twitter.com/Z2MBU7LO9y