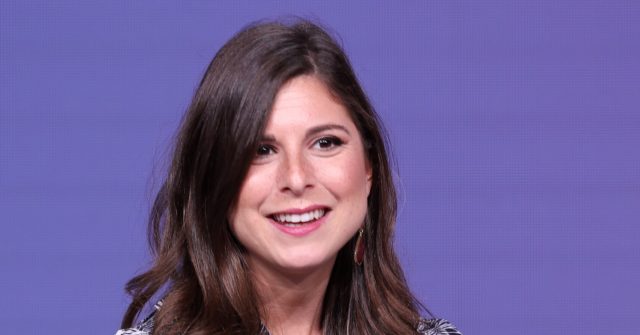 Fischer praised the “defense systems” that were used to suppress last week’s New York Post story about Hunter Biden’s emails, which suggested that former Vice President Joe Biden had met in 2015 with an adviser to the corrupt Ukrainian energy company Burisma, on whose board Hunter served.

Fischer applauded the media’s reluctance to cover the story, and the suppression of the story by Twitter and Facebook, citing it as an example of how the media had learned from their mistakes in 2016, when they reported on information released by Wikileaks from the Democratic National Committee’s emails.

The emails revealed that DNC officials had attempted to tip the primary in favor of eventual nominee Hillary Clinton and against Sen. Bernie Sanders (I-VT).

Fischer said that the “intelligence community had been working more closely with these tech companies” and warned them about stories based on emails that had been “illegally hacked” or “illegally obtained.”

She provided no evidence that the emails from Hunter Biden’s laptop were “hacked” or obtained in any illegal manner.

Later, she denied that there were “Democratic operatives” in tech companies, citing one example of a conservative executive at Facebook. The “fundamental question,” she said, was whether conservative groups were violating social media problems more than other groups.

She cited “white nationalism” and “populist movements” on the “far right,” and said that intelligence officials were “working with these platforms, keeping an eye on some of the communities that tend to lean far right.”

Noting that the Hunter Biden story had circulated widely anyway, she asked: “Are conservatives going to continue to cry that this was censorship on the part of technology companies while we still investigate whether or not these emails truly were authentic?”

Fellow panelist Susan Ferrechio of the Washington Examiner objected. She noted the double standard that the tech companies applied, observing that plenty of inaccurate and “illegally obtained” information about President Trump circulated on social media platforms.

CNN media reporter Brian Stelter, who also appeared on the panel, said the Hunter Biden story was “last season’s episode,” and claimed that it had been dealt with during the impeachment of President Donald Trump.

He praised tech companies for suppressing what he called “disinformation,” and said they should do more: “Honestly, they’re not even doing one-tenth of what they should be doing.”

The reason conservatives felt like they were being targeted, he said, was that “asymmetric lying and asymmetric nastiness right now in American politics,” saying that there was more “indecency and BS” on the political right.

Ferrechio defended the Hunter Biden story, noting that Joe Biden needed to be closely scrutinized because he is running for president. “This is not last year’s news. It’s whether or not his son was coordinating to get him to talk to these Ukrainian oligarchs, and he was benefiting from it. This is really dirty.”

Stelter objected, and the following exchange occurred (via The Federalist):

“I think the bottom line is we don’t know what is real and what is fake in these emails if there is anything real in them,” Stelter said.

“Yeah, but that didn’t stop anyone from reporting the Mueller and the dossier,” Ferrechio replied.

While Stelter suggested degradingly, “I understand that you have a lot of resentment about that” and “I agree with you should not be ignored,”Ferrechio was quick to call him out on his hypocrisy.

“Now we have ethics,” she said sarcastically.

Fischer weighed in, saying that while the media were “trying to figure out whether or not this story is true,” they also wanted to avoid a situation, “God forbid,” in which the story was broken by a foreign power to influence U.S. elections.

Stelter tried to defend media interest in the Russia collusion accusations, noting that there were “people in prison” (though omitting that no American had been charged with anything relating to “collusion” with Russia).

When Stelter said that it was important to vet stories before airing them, Ferrechio had enough: “Oh, sure, give me a break. You never did that with Trump stuff. That’s BS.”

Stelter also said that he and his colleagues had “evolved” under Trump, and had become focused on standing up for “truth and decency and democracy.”

San Francisco-based podcaster Toni Cowan-Brown noted that there had been no accountability for media obsessions into stories that later turned out to be false — such as the British media’s claims that the Cambridge Analytica political firm had colluded with Russia to swing the Brexit referendum in 2016. After years of media speculation, an official investigation concluded that there was no evidence of collusion.

“Where’s the accountability there?” she said, noting that the media had missed the opportunity to cover other stories.