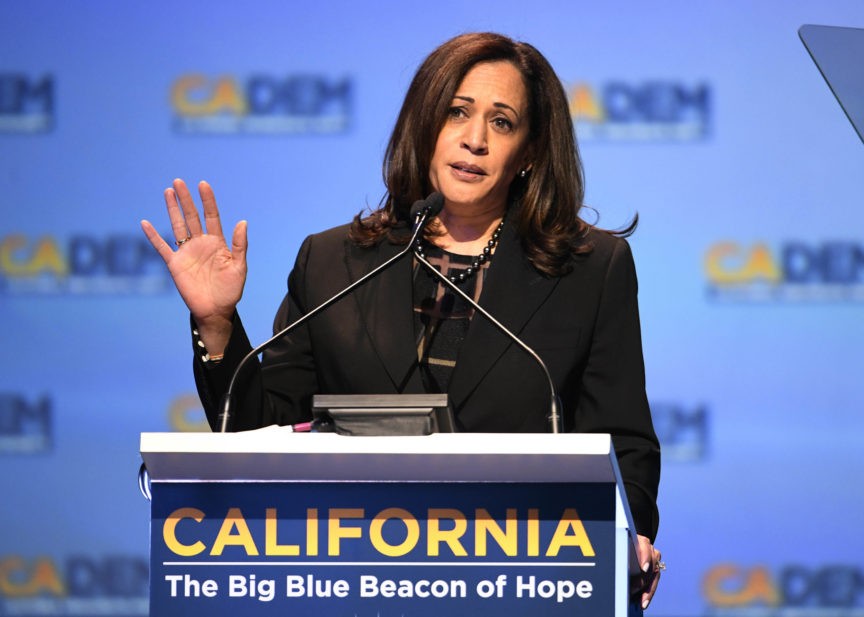 David Axelrod, who was former President Barack Obama’s top political adviser, warned on Monday that Sen. Kamala Harris’s (D-CA) Oakland values may not be a natural fit for the heartland.

Axelrod lays out plenty of advantages Harris has heading into the 2020 election cycle, but he points out that Harris lacks the heartland connection that made Obama not only successful in the 2008 caucuses and primaries but also in two general elections.

“Though born in Hawaii, Obama was rooted in the middle of the country. His home and political base was Illinois,” Axelrod notes. “His family’s ties to Kansas were woven into the fabric of his story. In the small towns and rural communities of Iowa, he felt very much at home.”

In contrast, according to Axelrod, “Harris’ base is the Bay Area, not a natural fit for the heartland. California campaigns, which play out mostly on TV, are not the best training for the intimate campaigning required in the early primary states.”

At her campaign launch event in Oakland, California, on Sunday, Harris said she was “proud” to be a daughter of Oakland, and Oakland Mayor Libby Schaaf praised Harris for her “Oakland progressive values.”

“She is our kind of leader,” Schaaf said. “She has got those Oakland progressive values and a vision of inclusion that includes everybody, no matter your identity, no matter your background.”

“Too little attention has been paid to the way the nominating process unfolds, first in mostly white Iowa and New Hampshire but then moving quickly to more diverse states where African-Americans play a much larger role,” he writes.

Harris will likely try to remain in the top tier until the primary season heads south to South Carolina. If Harris wins the Palmetto State’s critical first-in-the-South primary in which a majority of voters are expected to be black Americans, she can not only get momentum and free media coverage right before the nominating process goes national, but she could also clear out a lot of the 2020 field.

“Kamala Harris has a theory of the case about the Democratic presidential nominating process,” Axelrod writes. “If she’s right, she could well be standing on a debate platform with Donald Trump in 2020.”

Axelrod argues that Harris “may have a decided advantage” in South Carolina and points out that the calendar gets more favorable for Harris after South Carolina because California moved up its primary this year to March. According to Axelrod, Harris’s “California supporters have built in an additional advantage,” especially since early voting in California will begin the day of the Iowa caucus.

In addition, Axelrod notes that California will “send 11 percent of the delegates to next year’s Democratic National Convention.”

If the crowded field of 2020 Democrats forces a contested convention, Harris could have more advantages because, as Axelrod notes, “congressional districts with overwhelming Democratic performance receive additional delegates, multiplying the value of black support.”

If Democrats choose their nominee at a contested convention, Harris could also have the upper hand because she hired arguably the party’s best operative when it comes to the delegate game. Left-wing political observers and some mainstream media reporters said Harris’s hiring of Dave “Delegate Dave” Huynh has been perhaps Harris’s “most significant” hire of the election cycle.

In addition, it appears that Harris will have the fundraising ability–she raised $1.5 million on the day she announced her candidacy–to compete for the nomination no matter how long it takes and has savvy advisers and operatives who have, to date, orchestrated the best presidential launch of the 2020 cycle.