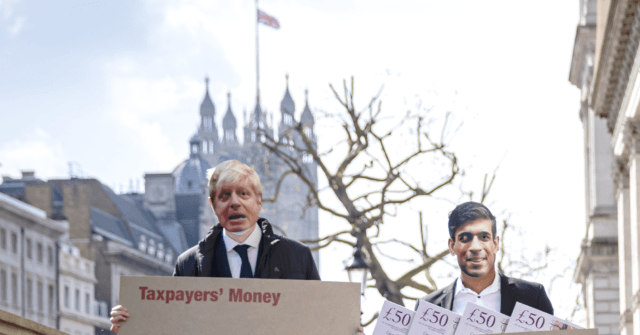 The average British household will pay more than £1 million during their lifetime in taxes to the government, meaning that they would have to work for eighteen years just to pay off their tax bill.

Research from the low-tax campaign group the Taxpayers Alliance released on Monday has claimed that for households earning the average annual income of £60,194, their lifetime bill to the government now stands at £1.1 million.

“With this level of income, it would take more than 18 years just to pay their lifetime tax bill,” the report stated.

The situation is actually even bleaker for those earning less, who pay proportionally more of their income in taxes. Those in the bottom 20 per cent of earners, who averaged £19,171 in income between 2019-20, will have to work for 24 years of their lives to pay their average of £449,860 in lifetime taxes.

Those on the top of the economic ladder, with an average of £137,669 annual income, are forecasted to pay £2,573,815 in direct and indirect taxes during their lifetime, representing 19 years of income.

The Taxpayers Alliance said that even before the planned tax hike, average households in the country will pay nearly £180,000 towards National Insurance schemes during their lives.

The chief executive of the group, John O’Connell said: “With the tax burden at a 70 year high, typical families are now tax millionaires. Planned rises, like the national insurance hikes, must be scrapped.”

The report comes just one day after Prime Minister Boris Johnson and Chancellor of the Exchequer Rishi Sunak affirmed that the government will press ahead with the planned £12 billion tax rise for the National Insurance.

In a joint article published on Sunday, both Johnson and Sunak attempted to cast themselves as “tax-cutting Conservatives” and even “Thatcherites” despite ushering in the highest tax burden on the public in over seventy years.

The pair argued that the increase in taxes was necessary to cover the exorbitant costs incurred as a result of the government’s lockdown policies during the Chinese coronavirus crisis.

“The cost has been enormous — well over £400 billion,” they wrote, continuing: “We have been able to afford it because the Conservative government is careful with the nation’s finances. We must continue to be responsible now, as we deal with Covid aftershocks — and above all with the Covid backlogs in healthcare.”

However, many on the political right in Britain fear that raising taxes will hamper economic growth as the UK looks to emerge from the coronavirus pandemic.

“What is the point of a Conservative Government if it slaps you in the face with tax increases,” Sir John Redwood told The Telegraph.

“It is not what we voted for, the manifesto was the other way. They don’t need the money, it’s perverse,” Sir John added.

On top of the planned tax increases, the British public is facing the pinch of a growing cost of living crisis, with yearly energy costs set to nearly double to £1,900 in April, when the national energy regulator Ofgem is set to raise the price cap.

Inflation has also been soaring in Britain, with the Office for National Statistics revealing that wage gains were completely canceled out by growing inflation last year, with workers actually experiencing a salary decrease in real terms.