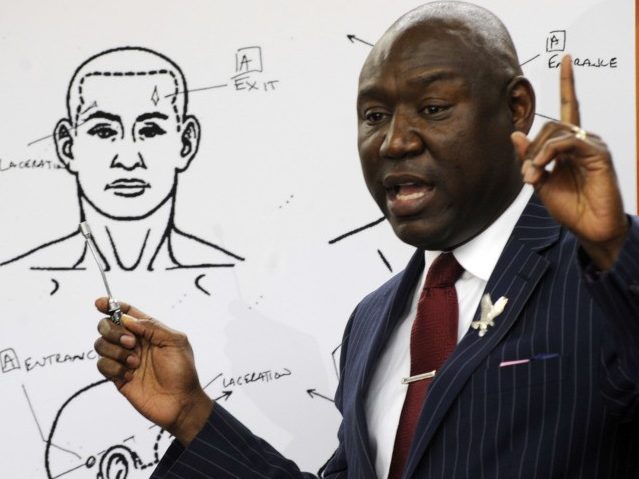 The family of 21-year-old Emantic Fitzgerald Bradford Jr. point to an independent autopsy to claim Hoover police fatally shot him three times from behind on Thanksgiving night.

Breitbart News reported that a Hoover police officer shot and killed Bradford in Riverchase Galleria, and the department identified Bradford as the gunman who had wounded two people. Hours later the department issued a correction, saying Bradford was “fleeing the shooting scene while brandishing a handgun,” but “likely did not fire the rounds that injured the 18-year-old victim.” The department subsequently reported that the actual mall shooter was at large.

On November 29, Breitbart News reported U.S. Marshals’ announcement that the shooting suspect had been captured. They identified him as 20-year-old Erron Brown.

Bradford family attorney Benjamin Crump said, “We believe based on this forensic evidence that this officer should be charged with a crime. There’s nothing that justifies him shooting E.J. as he’s moving away from him. You’re not a threat when you’re running away.”

The New York Times reports witnesses claiming that Bradford “was directing shoppers to safety” when he was shot.

The Hoover Police Department says it will not make any evidence public, including any video footage, until the investigation into that matter is completed.