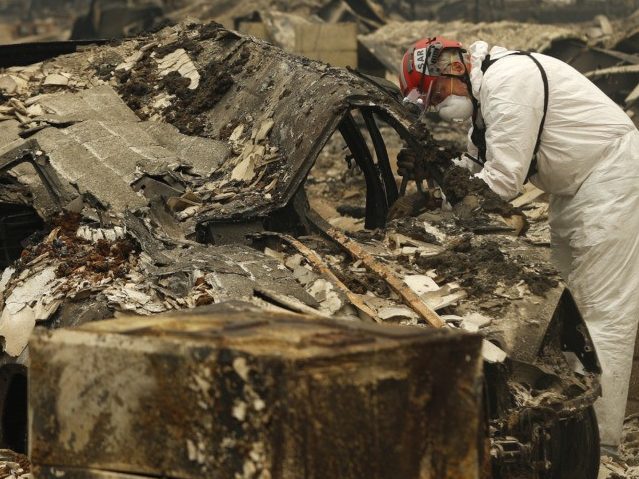 California authorities are setting up a DNA analysis system to locate and identify potential victims of the wildfire that killed at least 42 people.

Authorities said they are setting up the rapid DNA system to speed up the process of analyzing remains and are utilizing other resources to track down victims.

Officials said they are bringing in cadaver dogs, two mobile morgue units on loan from the military, and 150 additional search and rescue crews as they ramp up efforts to find victims in an area decimated by the inferno.

“I want to recover as many remains as we possibly can, as soon as we can. Because I know the toll it takes on loved ones,” Butte County Sheriff Kory Honea said Monday night.

The flames were so strong that solid metal melted into the consistency of soup. Search crews found nothing but bone fragments in some cases, placing the remains into body bags.

Some remains were destroyed to the point where investigators enlisted the help of forensic anthropologists to identify them.

The latest numbers show that the Camp Fire claimed at least 42 lives, 125,000 acres, and 7,100 structures. The fire decimated entire towns, with some towns such as Paradise reporting that the fire wiped out 90 percent of residences and nearly half of the downtown.