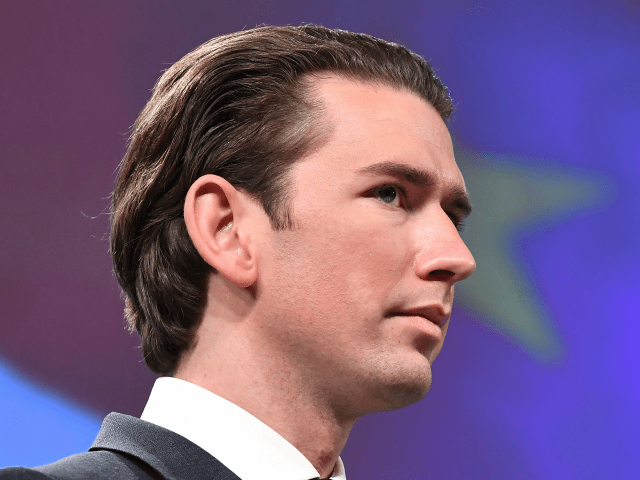 Austrian Chancellor Sebastian Kurz is now facing a potential vote of non-confidence from the populist Freedom Party (FPÖ) after a wave of resignations following the firing of Interior Minister Herbert Kickl.

The rumours of a potential non-confidence vote were initially denied by a spokesman for the FPÖ but new party leader and former presidential candidate Norbert Hofer has left the possibility on the table saying, “As far as I’ve heard, other parties in Parliament could bring in a motion of censure – we are not planning that. And we would have to consider whether we would agree to such an application,” Kronen Zeitung reports.

The vote, which could see Mr Kurz toppled as Austrian Chancellor, comes after populist  Interior Minister Herbert Kickl was fired from his post on Monday with all of the remaining Freedom Party ministers quitting their posts soon after.

The firing of Kickl stems from the content of the meeting between former Vice Chancellor and former FPO leader Heinz-Christian Strache and an unknown woman who was posing as the relative of a wealthy Russian oligarch.

In the video, which was filmed in Ibiza without the knowledge of Strache, the former populist leader makes mention of party financing irregularities that could be seen as being illegal. As Mr Kickl was General Secretary of the FPÖ at the time the video was made in 2017, Chancellor Kurz demanded his resignation while the matter is being investigated.

There have also been rumours floated that Kurz could be replaced by a transitional government of “experts” leading into a new election which is likely to take place in early September. According to Kronen Zeitung, former Austrian president Heinz Fischer has been suggested as a potential interim Chancellor, although Fischer has denied the rumours.

If Kurz continues on as Chancellor and replaces the resigned FPO ministers with experts, his Austrian People’s Party (OVP) still lacks a majority in the Austrian parliament, having only 62 out of the 183 seats in the chamber.

The “Ibiza-gate” scandal has rocked Austrian politics to the core but according to reports, it has also taken a personal toll on former Vice-Chancellor Strache as well.

Kronen Zeitung claims that his wife, Philippa Strache, has left their home with their infant son to go and live with her parents. According to an insider Mrs Strache said, “I have to and now want to be strong for my son. He gives me a tremendous amount of energy.”

Referring to her husband she added, “He has to stand by and live with the bitter consequences.” Philippa, a former model, met Mr Strache in 2014 and they were married soon after in 2016. Their son Henrik was born on January 1st of this year.