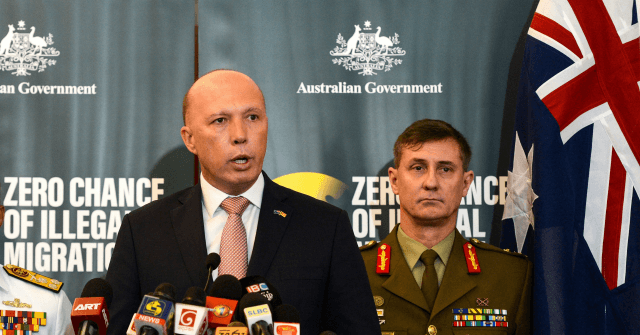 CANBERRA, Australia (AP) – Australia’s government on Thursday proposed new laws that would prevent extremist Australians from returning home for up to two years, as the country prepares for the repatriation of Islamic State group supporters from the Middle East.

Home Affairs Minister Peter Dutton introduced the legislation based on British law as part of a raft of counterterrorism and asylum seeker bills in the first parliamentary session since elections in May.

The law would give Dutton the power to prevent suspected Australian extremists from returning home for up to two years while law enforcement authorities made plans to manage the risk posed. The orders could also apply to Australians who intelligence agencies assess to be a “risk to security for reasons related to politically motivated violence.”

Dutton said 230 Australians had flown to Syria and Iraq to fight with extremist groups since 2012.

“Around 80 are still active in conflict zones. The advice of Australia’s national security agencies is that many Australians of counterterrorism concern who have traveled to Iraq and Syria to engage in that conflict are likely to seek to return to Australia in the very near future,” Dutton told Parliament.

“This bill will ensure that law enforcement agencies can effectively manage these returns in a way that will reduce the threat to the Australian community,” he added.