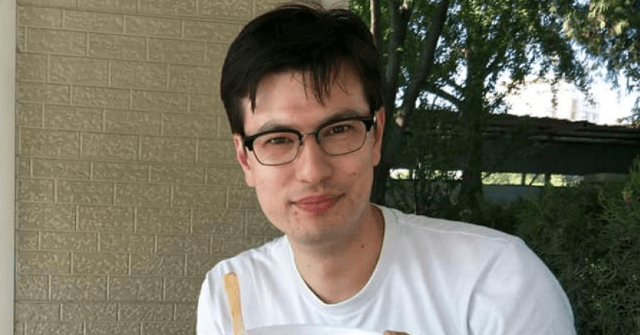 An Australian student detained in North Korea is in “good spirits” after being released by the country’s communist regime, his family announced on Thursday.

Alek Sigley, 29, became the subject of international media scrutiny after his family reported that he had not responded to their messages for several days while studying a postgraduate degree in modern Korean literature at Kim Il Sung University in the North Korean capital of Pyongyang.

After leaving his family and Australian authorities in limbo, the Australian government established that the communist regime had detained him on unknown charges. With no diplomatic presence in North Korea, Canberra employed Swedish officials to act on their behalf in providing consular assistance, who eventually secured his released.

“Swedish authorities advised the Australian government that they met with senior officials from the DPRK yesterday and raised the issue of Alex’s disappearance on Australia’s behalf,” said Prime Minister Scott Morrison at the country’s parliament on Thursday. “Early this morning we were advised that the DPRK had released Alek from detention and he has now safely left the country.”

“This outcome demonstrates the value of the discreet, behind the scenes work of officials in resolving complex and sensitive consular cases, in close partnership with other governments,” he continued.

Sigley’s father, a professor of Asian studies in the western Australian city of Perth, confirmed that his son would soon be reunited with his wife.

“We are extremely pleased that Alek is safe and sound in Beijing,” Gary Sigley said, adding that his son was in “good spirits” and currently residing at the Australian embassy in Beijing.

Having been “fascinated with socialism” at an early age, Sigley became one of the few foreign students offered the chance to study in the most isolated country on earth. He described his time in North Korea in an article for the Guardian last year where he boasted about having “nearly unprecedented access” to life in the rogue communist state.

“As a long-term foreign resident on a student visa, I have nearly unprecedented access to Pyongyang,” he wrote at the time. “I’m free to wander around the city, without anyone accompanying me. Interaction with locals can be limited at times, but I can shop and dine almost anywhere I want.”

Sigley’s release will have come as a relief to his loved ones, who may have feared an outcome similar to that of American student Otto Warmbier. After being arrested and jailed on charges of attempting to steal a propaganda poster from his hotel, Warmbier was sentenced to 15 years of hard labor in March 2016. He incurred a severe neurological injury during his imprisonment and was sent back to the United States in a coma. He died shortly after his body was returned.