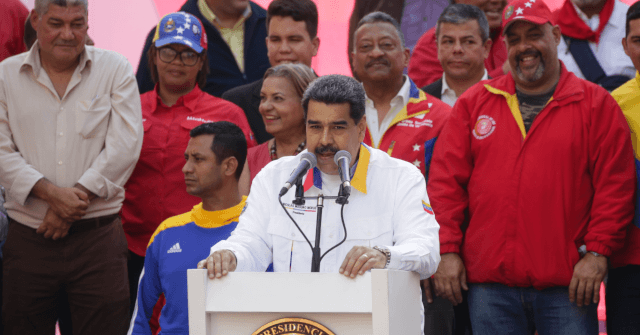 An Australian court in its capital, Canberra, summoned representatives of Venezuela’s socialist regime this week to appear after the country failed to pay rent on two properties previously used as an embassy.

The case was brought to a court in the Australian capital by the Rosa family, who claim that the Venezuelan regime owes them $50,000 in missed rental payments for two properties previously used as an embassy.

According to court documents seen by Australia’s ABC, the regime began falling behind in payments in 2017 before eventually vacating the property permanently. Representatives for the regime sought to have the case dismissed, but senior tribunal member Heidi Robinson agreed to allow the case to move forward, noting that the situation was “clearly volatile.”

“I do appreciate that the respondent may be placed in a difficult, and perhaps even diplomatically embarrassing, situation by being required to respond to proceedings in this tribunal,” said Robinson. “That alone is not a basis upon which this tribunal can or should dismiss these proceedings.”

The properties, located in the Canberra suburb of O’Malley, were the subject of media attention in September 2017 when the landlord blocked the entrance to the property with his vehicle. Tensions were then exacerbated when Venezuelan skier Cesar Baena assaulted the landlord, accusing him of disrespecting his country. An Australian court later spared him jail time, handing him a “good behavior order.”

The court proceedings highlight the disastrous state of Venezuelan regime finances. The country is effectively bankrupt after 20 years of socialist rule. It has been the world’s worst-performing economy in recent years, triggering a major humanitarian crisis that has forced millions of people to flee the country in search of work and assistance.

Relations the two countries have deteriorated in recent years. Scott Morrison’s conservative government recently joined the bulk of Western democracies in condemning the country’s descent into a Cuban-style dictatorship. In January, the Australian foreign ministry confirmed they would join the U.S. in recognizing opposition leader and National Assembly leader Juan Guaidó as the country’s interim president.

“Australia calls for a transition to democracy in Venezuela as soon as possible,” said Foreign Affairs Minister Marise Payne at the time. “We now urge all parties to work constructively towards a peaceful resolution of the situation, including a return to democracy, respect for the rule of law and upholding of human rights of the Venezuelan people.”