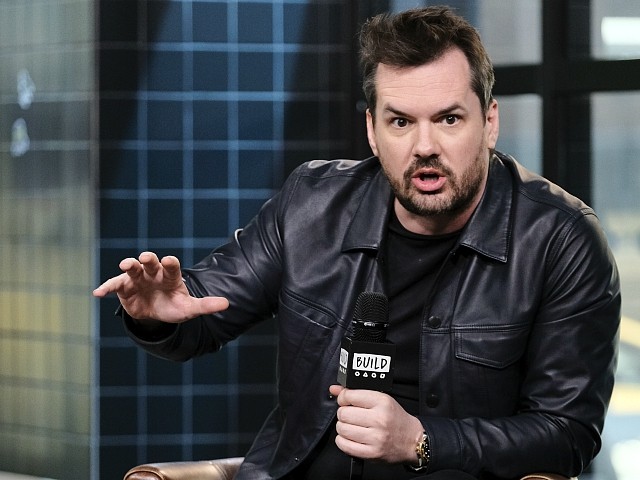 Comedy Central’s Jim Jefferies, a regular critic of president Donald Trump recently became a naturalized citizen, but in recent comments claimed he was afraid that Trump would somehow block his bid for citizenship.

The Australian-born TV host told IndieWire that he kept his efforts to become a citizen quiet until now because he imagined that President Trump would reach out from Washington and put the kibosh on the comedian’s progress toward becoming a naturalized U.S. citizen.

After taking the oath and gaining his permanent status, Jim Jefferies told IndieWire his rather narcissistic conspiracy theory that Trump was probably out to get him.

“I never mentioned in the show until this moment that I wasn’t a citizen,” Jefferies said in the recent interview. “I didn’t want a red flag added onto my name. And Trump, I believe, is a petty enough man that he might do something like that.”

“Nixon did this. Nixon started auditing late-night show hosts because they were making jokes about him,” Jefferies insisted. “Then every single one of their staff got tax audits. So, it’s not beyond the realms of belief that Trump could be as petty as [Nixon was] because there’s just a phone call to be made and a list of people he doesn’t want.”

“Like, I heard that John Oliver is not a citizen yet. He should be quaking in his fucking boots. John Oliver, get it signed. Get it done. Go down to the office, mate,” the Comedy Central comedian joked.

To the claim, there is one 1970s TV show host who claimed that the IRS audited his staff. Back in the 1970s, TV talk show host Dick Cavett once claimed that most of his staff members were audited by the IRS at the behest of President Richard Nixon.

Indeed, Nixon is heard on one of his infamous tapes wondering aloud if there was a way to “screw” Cavett.

There is no known story that Nixon directed the IRS to audit multiple TV hosts as Jefferies claims, but Nixon was known the use the IRS as a weapon against political enemies. Then again, so did Franklin D. Roosevelt, John Kennedy, Bill Clinton, and Barack Obama. To date, there have been no real claims that President Donald Trump has used the IRS to vex his political enemies.

Jefferies has thus far made a comfortable living attacking the country to which he just officially pledged allegiance. He is a constant critic of the president, stands against the Second Amendment, and he has slammed the U.S. for not having enough welfare programs. Jefferies even admits he is a socialist on many issues.