Australian troops will join a small force of police and diplomats bound for the Solomon Islands on Thursday as civil unrest continues across the tiny South Pacific nation.

The violence comes amid ongoing tensions over the government’s 2019 decision to sever diplomatic ties with Taiwan and establish formal links with China and its ruling Communist Party dictatorship.

Australia Prime Minister Scott Morrison confirmed the deployment will include a detachment of 23 federal police officers and up to 50 more to provide security at critical infrastructure sites, as well as 43 defense force personnel, a patrol boat and at least five diplomats.

“Our purpose here is to provide stability and security,” Morrison said following a meeting of the National Security Committee of cabinet in Canberra.

The Defence ground element will be supplied by the Australian Army’s 3rd Brigade.

The conservative coalition leader says the aid comes at the request of his Solomon Islands’ counterpart, Prime Minister Manasseh Sogavare. 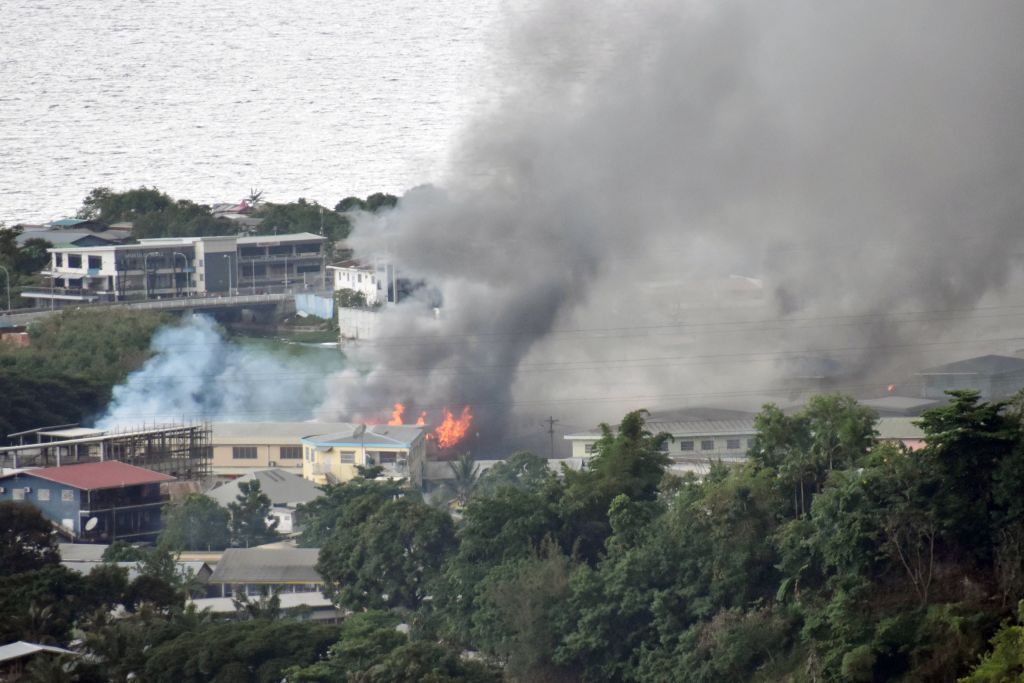 Smoke from fires rise from buildings in Honiara on the Solomon Islands on November 25, 2021, on the second day of rioting that left the capital ablaze and threatened to topple the Pacific nation’s government. (CHARLEY PIRINGI/AFP via Getty Images) 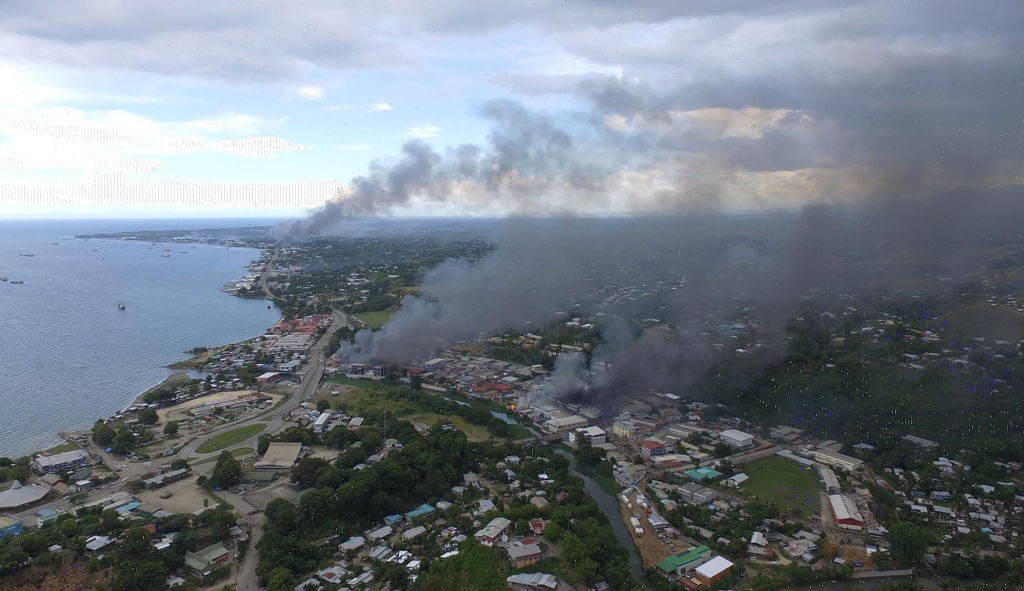 Smoke from burning buildings rise from Honiara on the Solomon Islands on November 25, 2021, on the second day of rioting that left the capital ablaze and threatened to topple the Pacific nation’s government. (ROBERT TAUPONGI/AFP via Getty Images)

Sogavare declared a lockdown Wednesday after about 1,000 people gathered in protest in the capital Honiara demanding his resignation over a host of domestic issues, AP reports.

The protesters breached the National Parliament building and burned the thatched roof of a nearby building, the government said.

Australia led an international police and military force called the Regional Assistance Mission to Solomon Islands that restored peace in the country after bloody ethnic violence from 2003 until 2017. 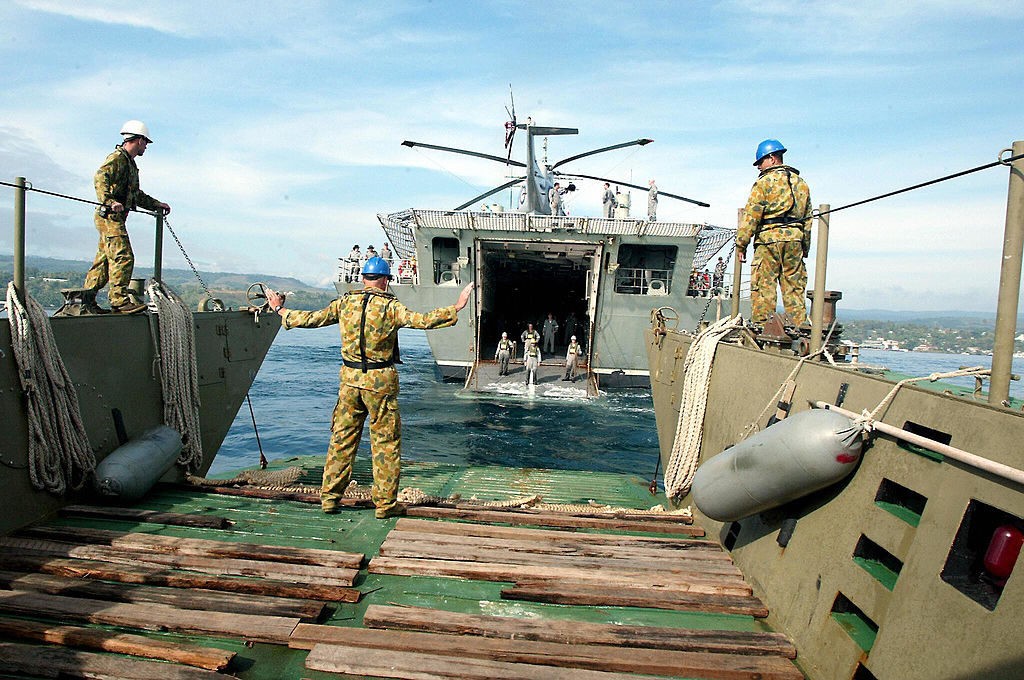 A LCM-8 transport barge approaches the aft door of the HMAS Manoora, which serves as the nerve centre for the Australian-led intervention force, off the coast of Honiara in the Solomon Islands, 29 July 2003. Over 2,200 troops and police from Australia, New Zealand, Fiji, Papua New Guinea and Tonga are taking part in Operation Helpem Fren. (TORSTEN BLACKWOOD/AFP via Getty Images)

Solomon Islands’ capital Honiara has been wracked with unrest in recent days as the government has faced pressure over a 2019 decision to cut ties with Taiwan and establish a formal relationship with China.

New Zealand’s foreign ministry said Thursday it had not been approached by the Solomons’ government for assistance, AFP reports.