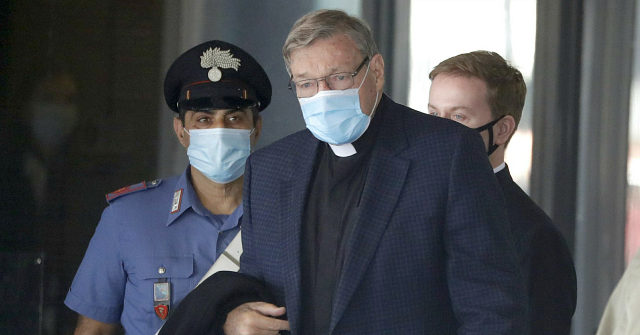 The Australian Federal Police (AFP) said on Wednesday they are investigating reports that the Vatican transferred funds to Australia during the trial of former Vatican treasurer and Archbishop of Melbourne George Pell on sex abuse charges.

“The AFP is undertaking a review of the relevant information,” the national police said in comments emailed to the news agency.

“The AFP has concurrently referred aspects of this matter to the Victorian Independent Broad-based Anti-corruption Commission (IBAC),” the police added, referring to the Australian state of Victoria, the site of Pell’s trial.

Australia’s High Court in April acquitted Pell of child sex abuse charges. At the time of his acquittal, Pell had already served 13 months in jail on charges he assaulted two choirboys.

“Becciu, who says he was fired by Pope Francis in September over accusations of embezzlement and nepotism, is known to have clashed with Pell during the latter’s time as economy minister at the Vatican,” according to DW.

“Pell was charged with reforming the Vatican’s financial dealings, which have long been alleged to be pervaded by corruption and shady dealings,” the broadcaster noted.

Pell returned to the Vatican in late September for the first time since he was convicted of sexual assault in 2017 in a visit that coincided with Becciu’s departure from the institution following his alleged firing. The ex-Vatican treasurer met with Pope Francis on October 12.

“Although the pope appears to have made the mistake of listening to other senior Vatican officials opposed to financial reform, he always liked Cardinal Pell and admired his honesty,” Edward Pentin, the Rome correspondent for the National Catholic Register (NCR), said at the time.

“His meeting with Pell today, coming amid a wave of recent financial corruption allegations at the Vatican, will be welcomed as a clear show of Francis’s support for Pell’s efforts as well as a thorough vindication for Pell himself,” Pentin added.

Pell remains a controversial figure in Australia where he has “been implicated in a coverup of widespread sexual abuse of children by clergymen in the eastern town of Ballarat in the 1970s. Pell has always denied knowing about the abuse,” DW recalled.