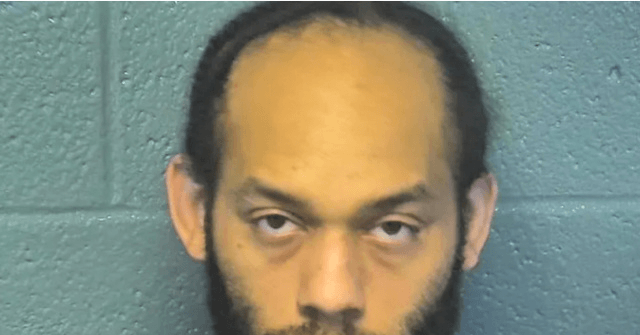 Eight individuals have been arrested in connection to a human trafficking investigation into the disappearance of a 15-year-old Texas girl from a Dallas Mavericks game she was attending with her father last month.

The victim’s and her family’s attorney, Zeke Fortenberry of Fortenberry PLLC, said in a press release that the child was found in a hotel in Oklahoma City, Oklahoma, on April 18 – eleven days after her disappearance – and was reunited with her family. Fortenberry withheld his clients’ names.

The Oklahoma City Police Department [OKCPD] has arrested Saniya Alexander, Melissa Wheeler, Chevaun Gibson, Kenneth Nelson, Sarah Hayes, Karen Gonzales, Thalia Gibson and Steven Hill in connection to the trafficking case. Gibson is charged with offering to engage in prostitution; Nelson, Hayes and Gonzales are charged with human trafficking and distribution of child pornography; Hill is charged with rape; Gibson and Alexander have felony warrants; and Wheeler has a robbery warrant.

The victim had not been located when Nelson, Gonzales, and Hayes were arrested,  OKCPD Captain Valerie Littlejohn told KDFW. Once the victim was located, “five other people, somehow in relation throughout the investigation, were arrested,” she added.

In the press release, Fortenberry said that the girl and her father attended the Mavericks game on April 8 at the American Airlines Center (AAC) in Dallas, TX. As the first half of the game neared an end, the girl went to the restroom but never returned to her seat, prompting her father to start looking for her. His daughter was nowhere to be found, so he alerted the arena’s security and Dallas police of her disappearance and was directed to go home when she was not located by the game’s end, the release stated.

Fortenberry said a person – who the basketball organization and arena understand to be a fake ticket seller – is believed to have sold a false ticket to the man who allegedly lured the teen after making contact with her in a part of the arena his ticket did not grant him access to.

The family reached out to the Dallas Police Department (DPD) time and time again in the following days for help in finding the 15-year-old, but Fortenberry said the department failed to start an investigation.

The DPD told Fox News Digital that an officer at the April 8 Mavericks game was notified of the 15-year-old’s disappearance and searched the event and location that night. Beyond that, the department pointed to Texas Family Code (51.03 b. 3), which “dictates that missing juveniles are investigated as runaways unless there are circumstances which appear as involuntary such as a kidnapping or abduction.”

“Those cases per code are to be filed where the juvenile resides,” the department said. “A report was generated by Dallas Police and Dallas Police assisted the North Richland Hills Police Department (lead agency as that was where the teen resided) and a bulletin about the missing teen was created and went out to the department on April 11, 2022.”

“My daughter went missing in the city of Dallas, this is a Dallas case, but they refused to open a case for her,” the father said in the release.

Fortenberry noted that the family turned to the nonprofit group Texas Counter-Trafficking Initiative (TXCTI) to help find the teen after becoming dismayed by the DPD’s “lack of effort.” The nonprofit helped to locate a website that had lewd photographs of the victim showing she was being advertised as a prostitute in Oklahoma City, Oklahoma, Fortenberry said. TXCTI notified the Oklahoma City Police Department (OKCPD), which immediately launched an investigation into the matter. The OKCPD’s investigation led to an Extended Stay America hotel in the city where the 15-year-old girl was being kept, and she was subsequently recovered and reunited with her parents, Fortenberry said.

“We are thankful for the work of the Oklahoma City Police Department and the recovery of our daughter,” the child’s mother stated. “My heart breaks for the unimaginable things my daughter had to endure for the 11 days she was taken, and I am so glad she is safe as we work towards her recovery.”

“The systems and organizations involved in this case continually failed the victim,” Fortenberry said in a statement.

She should never have had contact with the man at the Mavericks game. The Dallas Police should have worked quickly to investigate leads and locate the teenager before she was trafficked to Oklahoma. The Extended Stay America hotel in Oklahoma City put profits ahead of people by turning a blind eye to the sexual exploitation occurring right before their eyes. This victim’s life will forever be changed.

“We hope to hold accountable those responsible and create change within these organizations so that this never happens to any other child,” he concluded.