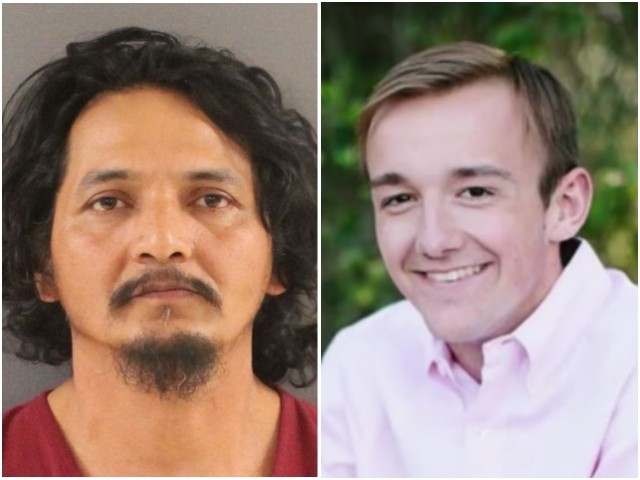 During a court appearance last week, Knox County Public Defender Mark Stephens — Franco-Cambrany’s defense attorney — told the judge that his client was not leaving the country and deserved to stay in the U.S.

“He’s not going anywhere,” Stephens said, according to Knox News. “There’s nobody in this courtroom who has more to stay [sic] in this community.”

Stephens also wrote in a motion to the court that the illegal alien was a “success” in the Tennessean community and that he “suffered great sacrifice” to come to America illegally 14 years ago:

Mr. Franco-Cambrany attributes his ‘success’ in this country to the kindness and generosity of East Tennesseans. It is his sincere hope that he lives the remainder of his life in East Tennessee … he has suffered great sacrifice to call this area home. [Emphasis added]

He refused to sign deportation papers because he never wants to leave East Tennessee. [Emphasis added]

The parents of Pierce Corcoran — DJ and Wendy Corcoran — blasted Stephens’ comments in a post on their website memorializing their son:

I don’t care what he claims to have been in his country, he has shown no attempt to be responsible while in this country. No citizenship, no driver’s license, no insurance, no compassion or remorse for our son who laid dying on the side of the road. He had plenty of opportunities in 14 years to do things the right way and certainly that night he showed, yet again, his lack of responsibility. [Emphasis added]

“Mr. Stephens, how dare you say no one else in that courtroom has more reason to stay in this community than your client,” the Angel Family wrote. “What is it you claim he’s done for this community? We don’t know because he’s living in the shadows. What we do know is he took the life of our youngest son, Pierce.”

“He watched others pull Pierce’s body from his car and try to revive him,” the Corcoran family continued. “Never checking to see if he could help in any way. There were many people affected that night. They will be changed forever by what they witnessed.”

We are just a normal family; we never thought that the problems of illegal immigration and the border would touch us past hearing about them on our tvs.
#JusticeForPierce #YourActionsStillMatter @SpeakerPelosi @realDonaldTrump https://t.co/u8jKJKVb2I

One of those impacted by the deadly accident caused by the illegal alien was Pierce’s girlfriend, Jade, who was in the vehicle with the 22-year-old when the crash occurred.

“Do you really understand how many people he has caused grief,” the Corcoran family wrote to Stephens. “Being part of a community means taking great care to be a good neighbor, coworker, friend, and citizen. You can be none of these if you do not follow laws, rules or guidelines.”

“You can tell everyone about what your client allegedly did while in his country, but his actions while in mine cost my son his life,” they continued.

“[Pierce] had saved money for a down payment for a house and had put a ring in layaway for his girlfriend Jade. He was planning his future. Mr. Stephens, I dare say Pierce had every reason to stay in his community,” the family wrote.