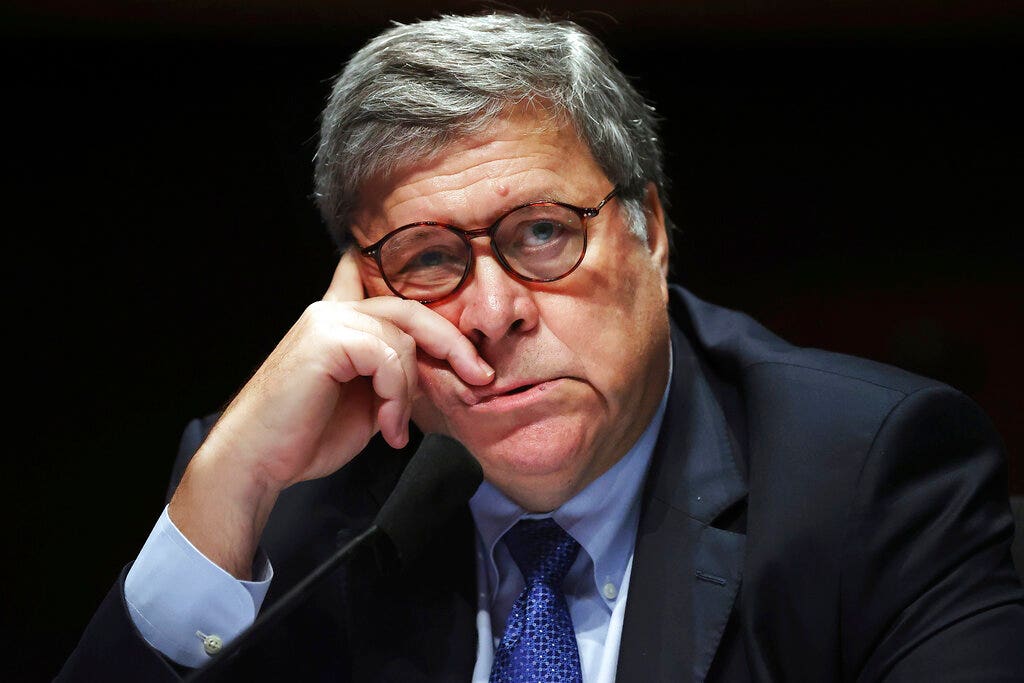 Attorney General William Barr condemned a plot to kidnap Gov. Gretchen Whitmer and denied knowing about the FBI’s investigation prior to arrests made this week.

“He finds this behavior abhorrent and is totally supportive of the FBI’s investigation and the U.S. Attorney’s actions,” Barr’s spokeswoman Kerri Kupec said Friday, according to The Detroit News.

The statement comes after state Attorney General Dana Nessel announced charges against seven people connected to the plot, whose goals included overthrowing parts of the government and waging armed conflict.

In addition, six individuals are facing federal charges specifically related to conspiring to kidnap the governor.

Nessel questioned whether Barr knew about potential threats against Whitmer earlier this year, despite testifying to Congres in July that he was unaware that violent threats were being made against her, particularly by protesters angry at her coronavirus restrictions.

“His own authorities were actively working to foil these types of plans and these threats,” Nessel told CNN in an interview. “Either, A) he didn’t know what was happening in his own Justice Department, or B) he committed perjury.”

The FBI arrested 13 people Thursday in the plot by members and associates of an anti-government militia group, Wolverine Watchmen, to identify the homes of law enforcement officers in order to target them and train for an attack on the state Capitol, where they would kidnap government officials, including Whitmer.

Prosecutors said the suspects who were indicted made credible threats to instigate a civil war, which they hoped would lead to a societal collapse.

At least two of those charged were photographed inside the Capitol building in April holding long guns, after which some state lawmakers complained they felt threatened and afraid, leading to an unsuccessful push to ban guns at the state Capitol.

Whitmer slammed President Trump for a pattern of comments she says emboldened white supremacists and anti-government protesters to make such violent threats against her.

Whitmer, a Democrat, said Trump has provided tacit support to radical groups by refusing to condemn white supremacy, referencing the president’s comment during last week’s debate that the Proud Boys, a far-right group unaffiliated with the kidnapping plot, should “stand back and stand by.’”

“Hate groups heard the president’s words not as a rebuke but as a rallying cry, as a call to action,” she said.