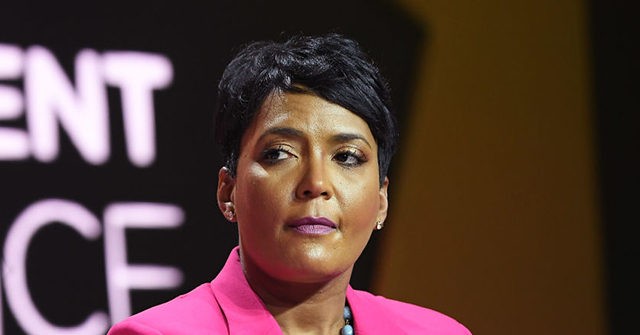 On Saturday’s broadcast of MSNBC’s “Velshi,” Atlanta Mayor Keisha Lance Bottoms (D) said that it’s very clear that “the threat of an economic boycott is a driving factor” in the corporate opposition to Georgia’s election law.

Host Ali Velshi asked, “Mayor, you obviously have to have important and strong relationships with these 30 Fortune 500 companies in the Atlanta area. They are hometown companies. How do you negotiate this with them? Because they didn’t come out clearly enough about this bill. In fact, Delta put out a statement that seemed almost complimentary of the changes that had occurred to this bill that still kept it as a pretty bad bill. What happened to change them all into this place where they seem to be solidly behind the efforts to overcome this law?”

Bottoms answered, “Well, very clearly the threat of an economic boycott is a driving factor. And again, there were various forms of this bill going through the legislature. And so, I believe that once everyone had an opportunity to read the final bill and then to hear the outcry, then it certainly made a difference. This is a governor that literally has struck out with two presidents. He was on the wrong side of Donald Trump, and now he’s on the wrong side of Joe Biden. And at some point, you have to look at the common denominator. We’ve had laws in this state that have gone through the legislative process, and under previous governors, they have refused to sign them because they thought that it was bad for Georgia and bad for the economy of Georgia. Unfortunately, Gov. Kemp didn’t follow suit. The legislature passed something that has restricted the access to the ballot box. He signed it into law. And now, we are all suffering the consequences.”