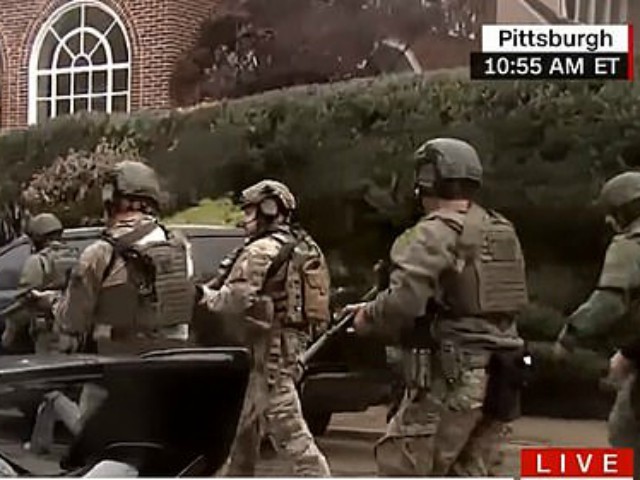 At least seven people are dead and others are injured, including police officers, following a Saturday morning attack at the Tree of Life Synagogue in Pittsburgh.

Fox News is reporting live that shooter in custody.

CBS News reports that at least seven people were killed during the armed assault:

At least seven people have been confirmed dead in a Pittsburgh synagogue shooting, and two police officers have been shot. The shooter is confined in the third floor of the synagogue https://t.co/rldHevHSsX pic.twitter.com/ltZqCMjYU6

KDKA reports that the number of fatalities may rise, as police are still working to get people out of the building.

ALERT: There is an active shooter in the area of WILKINS and Shady. Avoid the area. More info will be released when it is available.

The attacker opened fire on police when they responded to first reports of shots fired. Two officers were wounded as a result.

14 News reports that police are urging people who live near the synagogue “to lock their doors and stay in their homes.”