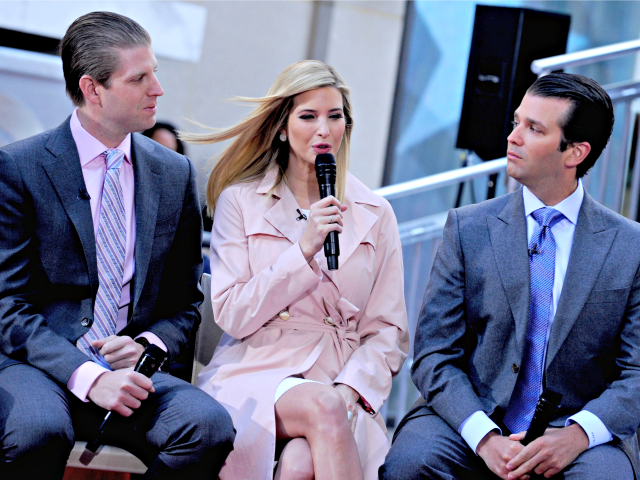 Worse still, after claiming the piece has been corrected, the AP is still attempting to spread the outrageous lie that it is kind of true Trump’s oldest three children were granted birthright citizenship.

In what is yet another example of the garbage fire the establishment media have become in the age of Trump, the AP originally published the story with the headline, “President Trump’s First 3 Children Received Birthright Citizenship.”

No doubt, the AP thought it had the gotcha of all gotchas on its hands.

Trump announced on Tuesday that he intends to use an executive order to cancel the madness that is birthright citizenship, the loophole in our immigration law that allows illegal aliens to sneak into the country and give birth, thus ensuring their children are granted automatic American citizenship and all the free welfare benefits that go with it.

This has become such a problem that these anchor babies, as they are called, now outnumber the children born of legal citizens.

According to the Daily Wire, under that fake news headline, the botched AP story opened with this: “CLAIM: Ivana Trump wasn’t a citizen until 1988. She gave birth to Don Jr. in 1977, Ivanka in 1981 and Eric in 1984. Therefore they received birthright citizenship, which Trump wants to end.”

To make matters worse, the AP wrote the article as part of a fact checking agreement with Facebook, and in doing so, spread the bald-faced lie that Trump’s oldest children were granted birthright citizenship.

A correction noting the mistake was added in the piece, but…

Still, in its so-called fact check, rather than correctly label the claim that Trump’s oldest children received birthright citizenship as false (which it objectively is), the far-left AP said it is a “mixture” of fact and fiction:

AP’S ASSESSMENT: Mixture. It’s true that Ivana Trump was not a citizen until 1988, but the father of her children was a U.S. citizen and there would have been no special status needed to make them citizens.