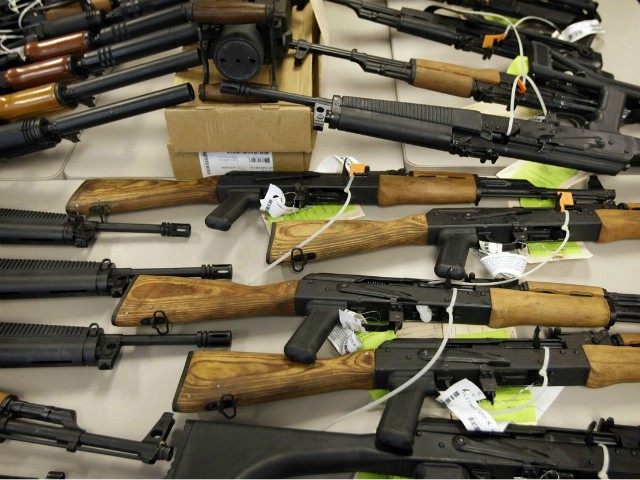 The Associated Press suggested President Trump’s pro-gun policies contributed to the flow of illegal firearms into Mexico but inadvertently demonstrated that a high profile Obama-era gun control law did not work.

The AP points to a 2013 report showing that each year more than 250,000 guns “are purchased in the United States expressly to be sent to Mexico.” Of these, “the vast majority of the sales originat[e] in the border states of California, Texas, New Mexico and Arizona.”

The AP also points to a 2011 law that required “gun dealers along the border states … to report to the ATF anytime someone purchased two or more semiautomatic long guns in a five-day period.” That law was put in place by the Obama administration and repealed by President Trump in 2017.

The AP seizes on Trump’s repeal of the law and quotes a Gabby Giffords associate who said, “If the Trump administration were serious about wanting to stop refugees from fleeing violence in Latin America and Mexico to come north, they would be doing something about the southward gun trafficking that is fueling a lot of that migration.”

Completely missing from the AP column was an admission that the 2011 law was in place when the 2013 study was conducted, yet researchers still note that more than 250,000 guns were being smuggled into Mexico each year. In other words, the law President Trump repealed was not working while it was in place.

Notably, the AP column does not bring up the Obama administration’s own gun smuggling operation into Mexico, Operation Fast and Furious. This operation cost Border Patrol Agent Brian Terry his life and perhaps an untold number of Mexicans and U.S. residents alike, but it did not even get a mention in a column about gun smuggling into Mexico.