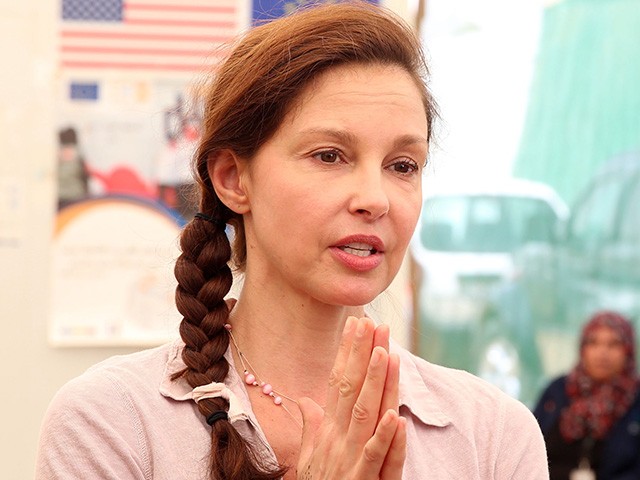 Actress and left-wing activist Ashley Judd was confronted by sex workers at a recent event in New York City and called out for her stance on prostitution.

Rolling Stone reports that while Ashley Judd was being interviewed by a reporter, an activist identified as “@SXNOIR” told her, “I’m here today to call you in and to say that we’re ready to talk.”

“We want to sit down with you, we want you to hear our stories… there are a lot of women who do consensual sex work,” the activist said.

Judd told her, “I’m on your side. I’m not on the side of the pimps, the brothel keepers, and the pornographers.”

Left-wing feminists are often split on issues of sex work and prostitution. Some see the work as being simply another form of employment, with others going even further, calling sex work empowering to women.

Judd posted a long statement to her Facebook page about her stance Sunday, expressing support for the women involved in sex work but also railing against the industry.

“The inside of a woman’s body is not a workplace,” the Heat actress said. “The average age of entry into prostitution in the USA is 12-14. The majority of people in systems of prostitution and sex work have been sexually abused as children.”

“For men, too, body invasion is more traumatic than outside blows. See studies of men in prison who have been used as women in the absence of women.The majority of prostituted women when asked want to exit immediately provided they had the economic means to survive,” she also said.

The 50-year-old actress’ activism extends into the political realm as well. Last year, she said that President Trump winning in 2016 was worse than being raped.

“It remains for me the worst thing that has ever happened to me in my lifetime,” she said.

“Raped as a child – bad. Re-raped by a political system that ordains a clown – really bad.”

The star also appeared at the anti-Trump Women’s March and accused the president of having wet dreams about his daughter Ivanka, saying, “I am not as nasty as your own daughter being your favorite sex symbol, like your wet dreams infused with your own genes.”