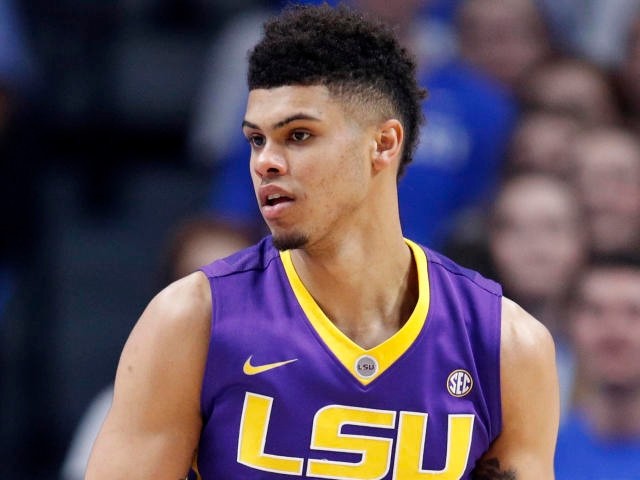 BATON ROUGE, La. (AP) — An arrest has been made in the shooting death of LSU basketball player Wayde Sims.

Baton Rouge police said Saturday that 20-year-old Dyteon Simpson has been charged with second-degree murder and is at East Baton Rouge Parish Prison.

Sims was shot early Friday during a street fight caught on video near the Southern University campus.

The department is crediting the Louisiana State Police fugitive task force, the state police crime lab, Southern University police and area citizens in assisting in the investigation leading to the arrest.

Sims was 20 years old. The 6-foot-6 forward grew up in Baton Rouge, where his father, Wayne, also played basketball for LSU. He averaged 5.6 points and 2.6 rebounds a game last season.