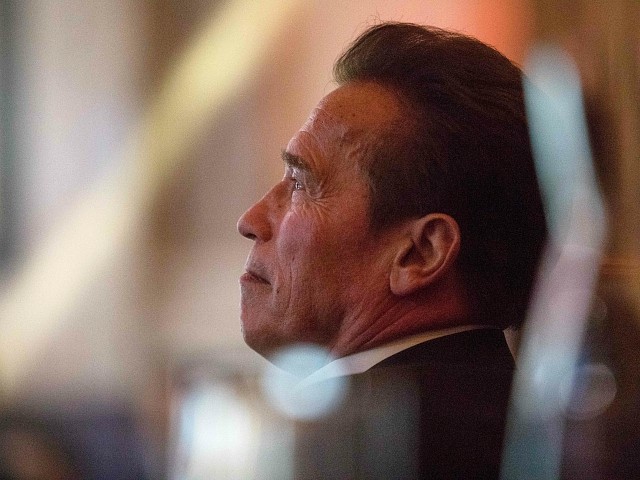 Arnold Schwarzenegger used to joke that only “girlie men” opposed energetic capitalism and traditional American values. But now, the former bodybuilder, Hollywood star, and California governor is apologizing for popularizing the phrase.

Schwarzenegger once made a name for himself with his he-man political style, making fun of his opponents as weaklings who could not lead.

At least as early as 2004 Schwarzenegger called California Democrats “girlie men” and noted that in the next election the GOP would “terminate” them. His phrase even became the stuff of Saturday Night Live parody in the characters of faux bodybuilders Hans and Franz.

These amusing taunts and his strongman persona eventually led Schwarzenegger to the governor’s mansion in California.

But since the day he took over as the Golden State’s chief executive Schwarzenegger slowly but surely started straying from the very style that so enthused his supporters. And now it seems that the “Governator” has completely abandoned his masculine terminology.

In a new interview with Men’s Health magazine, Schwarzenegger is abjectly apologetic over his “girlie men” taunt.

“At the time it felt like the right thing to do. It was in my gut. I improvised it. I called them girlie men because they weren’t willing to take risks,” the actor told the magazine.

“They were afraid of everything,” he explained. “Politicians, in general, want to do little things, so there’s no risk involved.”

But, today there are regrets. Schwarzenegger now says his rhetoric was counterproductive. “It was shortsighted. In the long term, it’s better to not say that, because you want to work with them.”
“If you have a little sense of history, you know that the best things are accomplished when both parties work together and start compromising like Ronald Reagan did with Tip O’Neill,” Schwarzenegger told the magazine. “They argued in public and attacked each other, but with a little wink. That’s why so much got done in the Reagan administration. When you can reach out across the aisle and work together, you can get much more accomplished, rather than ‘girlie men’ or ‘fuck you’ or ‘it’s my way or the highway.’”

Schwarzenegger also sounded like any left-wing environmentalist when asked what he would demand if he were king for a day.

“Access for everyone to health care,” the one-time Republican said. “And to get off the arms race and to get off [polluting]. It’s inexcusable to have so much plastic floating around in the oceans.”
Follow Warner Todd Huston on Twitter @warnerthuston