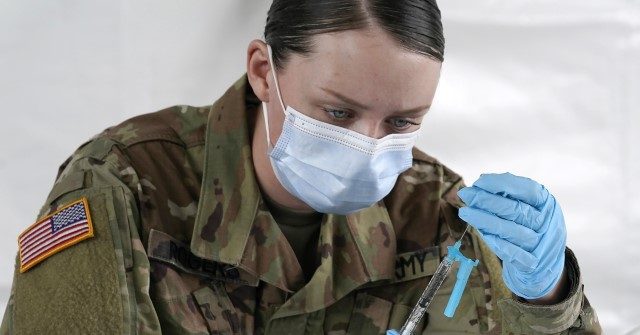 The Army announced Wednesday morning that it will “immediately” begin separating soldiers who have not complied with the Biden administration’s order for all service members to be vaccinated against the coronavirus.

Army Secretary Christine Wormuth issued a directive to commanders to initiate the separations against any soldier who has not complied with the vaccination order and does not have a pending or approved exemption request, the Army said. The order applies to active duty members and reservists on federal active-duty orders, as well as cadets.

“Army readiness depends on Soldiers who are prepared to train, deploy, fight and win our nation’s wars,” Wormuth said, according to an Army press release. “Unvaccinated Soldiers present risk to the force and jeopardize readiness. We will begin involuntary separation proceedings for Soldiers who refuse the vaccine order and are not pending a final decision on an exemption.”

Wormuth’s directive, Army Directive 2022-02, says commanders are to begin separation proceedings as expeditiously as possible. Soldiers “will not be eligible for involuntary separation pay, and may even be subject to recoupment of any unearned special or incentive pays.”

The service members will be separated under honorable conditions, in line with a provision in the 2022 National Defense Authorization Act. Republicans fought to make sure soldiers would not be discharged with anything lower than that, while the Biden administration wanted to keep the option of dishonorable discharges.

However, the Army said soldiers would receive an honorable discharge unless “additional misconduct warrants separation with an Other than Honorable characterization of service.”

The Army has so far fired six active duty Army leaders, including two battalion commanders, and has issued 3,073 general officer written reprimands to those who have declined to be vaccinated.

The separations of potentially thousands of soldiers comes as the Army has struggled to meet its recruiting goals. The Army fell short of meeting its October and November 2021 goals by several thousand, according to CNN.

The goal was 10,400 new members, but the Army recruited only 7,340 new members. The mandate had just gotten started in late August, with a deadline of December 28.

Former President Donald Trump recently called on Republicans, if they retake control of Congress, to pass legislation that would allow for separated service members to rejoin the military, as Breitbart recently reported.

The Marine Corps has separated at least 399 members, the Navy at least 45, and the Air Force at least 111.