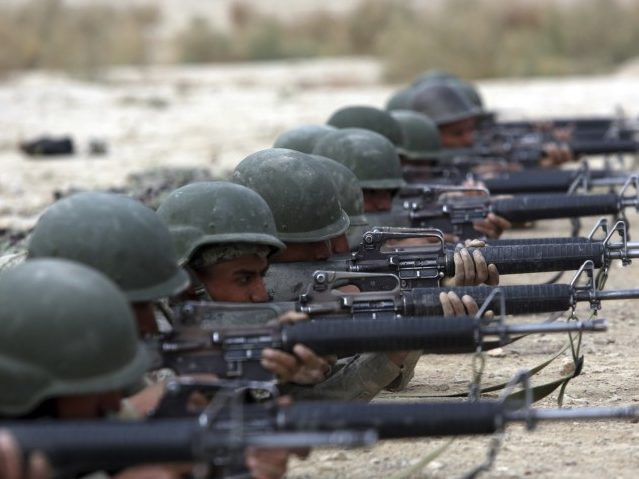 “As previously announced, a U.S. service member was killed Nov. 24 while conducting an operation to eliminate al Qaeda militants in Nimroz province. An initial review indicates Sgt. Jasso was likely accidentally shot by our Afghan partner force. There are no indications he was shot intentionally,” a U.S. military spokesman said in a statement.

The spokesman said that early interviews indicate the accident occurred when the partnered force became engaged in a close-quarter battle during an assault on one of multiple barricaded al Qaeda shooters.

Jasso, who was a team leader assigned to Company A, 2nd Battalion, 75th Ranger Regiment, was part of the U.S.’s counterterrorism mission in Afghanistan, which focuses on tracking down and killing terrorists in the region.

The mission is separate from the NATO Resolute Support mission, which focuses on training, advising, and assisting Afghan forces in their fight against the Taliban. There are approximately 14,000 U.S. troops in Afghanistan.

Jasso, 25, was on his third deployment to Afghanistan. He enlisted in the military three months after graduating high school in 2012.

“The loss of Sgt. Jasso is felt by his family and loved ones, by all who served with him and by all on this mission to protect our country and our allies,” said Army Gen. Scott Miller, Commanding General of Resolute Support and United States Forces – Afghanistan.

“Sgt. Jasso was killed defending our nation, fighting al Qaeda alongside our Afghan partners,” he said. “All of us, and throughout our coalition of 41 nations, recognize the threats posed by groups such as al Qaeda and ISIS and are determined to fight them here.”