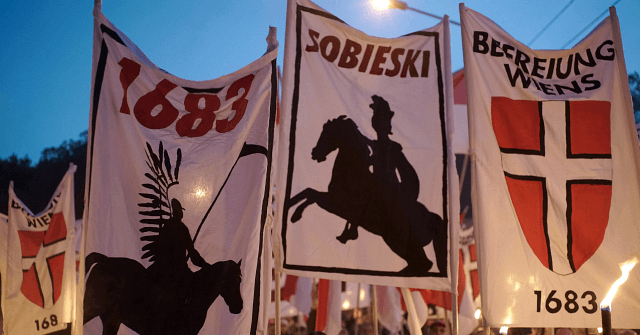 The Prime Minister of Armenia has warned the European Union on Turkish president Recep Tayyip Erdogan’s increasing aggression, saying that it “should expect Turkey near Vienna” in a “not so distant future”.

Prime Minister Nikol Vovayi Pashinyan was talking to outlets including the Europen Post, the Telegraph, and Il Giornale on the ongoing conflict in Nagorno-Karabakh, or Artsakh, a breakaway province of Azerbaijan populated by Christian ethnic Armenians.

Muslim-majority Azerbaijan, backed by Turkey, has been seeking to bring the unrecognised but hitherto de facto independent Republic of Artsakh to heel by force of arms, while Armenia — like Azerbaijan a former Soviet Socialist Republic — has been assisting the separatists’ efforts to resist them.

“We need to acknowledge that the main initiator of this war was Turkey which transported mercenaries and terrorists from Syria to Azerbaijan and transferred some part of its armed forces to Azerbaijan, including military equipment as well as some armed groups from Pakistan,” the Armenian prime minister alleged.

“What is happening here is the continuation of the policy that Turkey is carrying out in the Mediterranean Sea against Greece and Cyprus and in Libya, in Syria, in Iraq,” he continued.

“In the South Caucasus, Armenians are the last obstacle on Turkey’s path of continued imperialistic policies towards the north-east and the south-east. The Western community has failed to assess Turkey’s conduct appropriately and in a not so distant future, they should expect Turkey near Vienna,” he warned.

Pashinyan was likely referencing the Turkish sieges of the Austrian capital in 1529 and 1683 — the high watermark of Turkish expansionism in Europe under the former Ottoman Empire, which Erdogan is fond of referencing.

The Turks never again threatened to dominate Europe after King Jan III Sobieski of Poland rode to Vienna’s rescue and broke their forces outside the city in what is believed to be the biggest cavalry charge in history — but many European nations including Bulgaria, Greece, Hungary, Macedonia, and Serbia would languish under the Turkish yoke for generations, and indeed Istanbul, formerly Constantinople, and parts of Thrace remain under Turkish control to this day.

“The EU’s security is not a part of my job but later, they should not accuse us of not having warned them,” Pashinyan continued.

“In recent years, if you really see what’s been happening in Europe… this war started in Europe earlier!” he explained.

“And it’s going on every day. If artillery is not being used, it does not mean that that war hasn’t started. A war is currently happening in Europe.”

Asked “What war do you mean that is happening now in Europe?” by reporters, the Armenian leader advised them to “look at what happened in France.”

“You should look at the tone with which the President of Turkey is addressing French president Macron. Could you ever conceive any country’s president or any country’s official representative possibly saying those things and in that tone about the president of France and about France? Who could have conceived that 15 years ago, even in the years of the Cold War? I don’t know of a case where any leader of the Soviet Union ever saying about France or any other European country’s leaders such things using that language. What is it if not a war?” he asked.